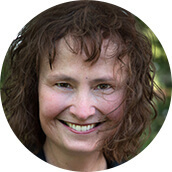 “The work of Michael Snow was an inspiration to me when I was an art student at NSCAD in the 1970s, and it has never ceased to amaze me. It’s been a great privilege to work through its puzzles with the artist as my guide.”

Martha Langford is the research chair and director of the Gail and Stephen A. Jarislowsky Institute for Studies in Canadian Art and a professor of art history at Concordia University in Montreal. The author of numerous articles on photography and contemporary art, Langford has published the following titles with McGill-Queen’s University Press: Suspended Conversations: The Afterlife of Memory in Photographic Albums (2001); Scissors, Paper, Stone: Expressions of Memory in Contemporary Photographic Art (2007); A Cold War Tourist and His Camera, co-written with John Langford (2011); and two edited collections, Image & Imagination (2005) and Narratives Unfolding: National Art Histories in an Unfinished World (2017). Langford has written the first comprehensive survey of modern Canadian photographic art, “A Short History of Photography, 1900–2000,” in The Visual Arts in Canada: The Twentieth Century, edited by Anne Whitelaw, Brian Foss, and Sandra Paikowsky (Oxford University Press, 2010). She is editor-in-chief of the Journal of Canadian Art History / Annales d’histoire de l’art canadien and co-editor (with Sandra Paikowsky) of the McGill-Queen’s / Beaverbrook Canadian Foundation series Studies in Art History.