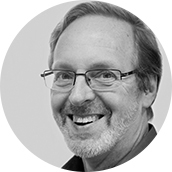 “My first opportunity to do sustained work on Homer Watson came in 2000, when I held a Canadian Centre for the Visual Arts Fellowship at the National Gallery of Canada. That fellowship gave me time and funding to work my way through the NGC’s collection of hundreds of pages of drawings from Watson’s sketchbooks as well as large holdings of his correspondence and unpublished writings, especially in Ottawa but also in Toronto, Kingston, Victoria, and Regina.”

Brian Foss has been the director of Carleton University’s School for Studies in Art and Culture since 2009. Prior to that he was professor of art history at Concordia University (1988–2009), and he has also been the Craig Dobbin Visiting Chair of Canadian Studies at University College Dublin (2014–15). With Anne Whitelaw and Sandra Paikowsky he edited The Visual Arts in Canada: The Twentieth Century, a collection of twenty new essays (Oxford University Press, 2010). Outside of Canadian art, his monograph War Paint: Art, War, State and Identity in Britain 1939–1945 was published in 2007 by Yale University Press.

Foss has curated and co-curated several exhibitions of historical Canadian art, including the work of Mary Hiester Reid (with Janice Anderson, Art Gallery of Ontario, 2000) and the Beaver Hall Group (with Jacques Des Rochers, Montreal Museum of Fine Arts, 2015). The Beaver Hall Group show won the Canadian Museums Association’s 2015 Award of Outstanding Achievement for art exhibitions, and the catalogue was the recipient of that year’s Melva J. Dwyer Award from ARLIS/NA (the Art Libraries Society of North America), as well as of the 2016 publications prize from the Société des musées du Québec. Foss was co-editor of RACAR: Revue d’art canadienne / Canadian Art Review (2001–12) and is currently the chair of the advisory board of the Journal of Canadian Art History / Annales d’histoire de l’art canadien.