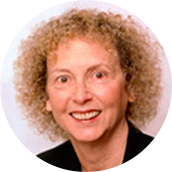 “By the time I began teaching at the OCA in 1966, Jock Macdonald had become a legend. His former students were the artists and teachers of the new generation, and by guidance, inspiration, and example, he had sustained them in difficult times. In subsequent years of teaching and research in Canadian art, I came to realize that it was virtually impossible to discuss the history of Canadian art without reference to this brilliant artist and gifted teacher.”

Joyce Zemans is an art historian, curator, art critic, teacher, and administrator. The positions she has held range from director of the Canada Council (1988–92) to dean of the Faculty of Fine Arts (1985–88) and chair of the Department of Visual Arts (1975–81) at York University. She taught at the Ontario College of Art, 1966–75, where she also served as chair of the Department of Art History and founding chair of Liberal Arts Studies. She is the former director of the MBA Program in Arts and Media Administration at the Schulich School of Business, York University.

Zemans’s research and writing has focused on twentieth-century Canadian art, curatorial practice, and cultural policy. In addition to her retrospective exhibition of Jock Macdonald (Art Gallery of Ontario), she has curated exhibitions on Bertram Brooker, Kathleen Munn, and Edna Taçon (all at Art Gallery of York University), Christopher Pratt (Vancouver Art Gallery), Alexandra Luke (The Robert McLaughlin Gallery), and Tony Urquhart (University of Waterloo Art Gallery). Her research has also focused on the impact of reproductions on shaping our understanding of Canadian art and Canadian identity; the formation of the art-historical canon; the status of women artists in Canada; the development of abstraction in Canadian art; and the role of museums in the twenty-first century.

Zemans has served on many arts and journal advisory boards. Currently she is a member of the advisory boards of the Toronto Arts Council, Theatre Museum Canada, the Asia Pacific Journal of Arts and Cultural Management, and a consulting editor for the Journal of Arts Management, Law, and Society. To honour her contribution to the arts and culture in Canada, Zemans was appointed a Member of the Order of Canada in 2003. She is the recipient of the Queen’s Golden Jubilee Medal (2002) and Diamond Jubilee Medal (2012) and the Canadian Conference of the Arts’ Diplôme d’honneur (2010). She has received honorary doctorates from Concordia University, University of Waterloo, and the Nova Scotia College of Art and Design, and is an honorary fellow of the Ontario College of Art and Design.