Born in Thurso, Scotland, Jock Macdonald (1897–1960) arrived in Vancouver in September 1926 and became head of design at the recently established Vancouver School of Decorative and Applied Arts (now the Emily Carr University of Art + Design). Over the next three decades he was a trailblazer in Canadian art: He was the first painter to exhibit abstract art in Vancouver and he championed Canadian avant-garde artists at home and abroad. In addition to Macdonald’s practice as a painter, his work as a teacher allowed him to become a mentor to several generations of artists. He was also an instrumental figure in the founding of the Canadian Group of Painters, Painters Eleven, and the Calgary Group.

“Jock Macdonald’s career as an artist took him from design and illustration to landscape painting and, from the early 1930s onward, to a lifelong search for expression through abstraction. At the base of that search was his belief that design and art—even abstract art—must be rooted in the natural world.”Joyce Zemans

While based in Vancouver, Macdonald made a powerful connection with the spectacular and rugged scenery of British Columbia. His spiritual identification with nature and his determination to capture the experience of the landscape in paint set him on a quest that shaped his art for the rest of his life. Underpinning his exploration was the belief that design and art must be rooted in the natural world. In 1957, just three years before Macdonald’s death, Toronto art critic Robert Fulford proclaimed the artist “the best young abstract or non-objective painter in Canada, even though 61 years old.”

Joyce Zemans, C.M., is an art historian, educator, and curator. She was director of the Canada Council for the Arts (1988–1992). She has taught at OCADU and at York University, where she served as chair of Visual Arts, dean of the Faculty of Fine Arts and director of the MBA Program in Arts, Media & Entertainment Management (Schulich School of Business). 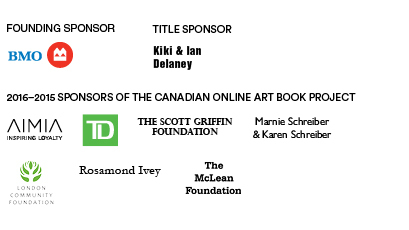