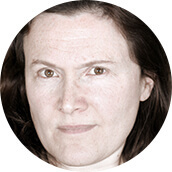 “A few years ago I had the good fortune to be a student in one of François-Marc Gagnon’s classes at the Université de Montréal. During a discussion about perceptions of the Native subject in the nineteenth century, he showed us the portrait of Zacharie Vincent by Antoine Plamondon. At the time, I wondered what Vincent himself would have thought. I later decided to focus my studies on the artist and his work.”

Louise Vigneault is Professor of Art History at the Université de Montréal, specializing in North American art, with a particular focus on questions of the collective imaginary, mythologies, and cultural constructions, and strategies for the representation of identity.

Vigneault holds a PhD in the History of Art from McGill University (2000) and an MA from the Université de Montréal (1994). In 2001 she was appointed to the Université de Montréal to support the teachings and research of François-Marc Gagnon. She published Identité et modernité dans l’art au Québec: Borduas, Sullivan, Riopelle (Éditions Hurtubise, 2002); and Espace artistique et modèle pionnier: Tom Thomson et Jean-Paul Riopelle (Éditions Hurtubise, 2011), for which she was awarded the Canada Prize in the Humanities and the Victor-Barbeau prize conferred by the Académie des lettres du Québec, both in 2012.

Since 2007 Vigneault has been studying the life and work of the Huron-Wendat artist Zacharie Vincent (1815–1886), the subject of her forthcoming book (Éditions Hannenorak). This research is the first stage in a wider study of the languages of representation and the strategies employed by Native artists in Quebec.