Zacharie Vincent (1815–1886), known in the nineteenth century as “the last pure-blooded Huron,” decided to become a painter in the immediate aftermath of the defeat of French nationalists in the rebellion of Lower Canada in 1837. In his art, the painter from the Huron-Wendat village of Jeune-Lorette, about fifteen kilometres north of Quebec City in what is now the Wendake Reserve, adopted western pictorial techniques, such as perspective and drawing from photographs. Doing so allowed him to offer a response to the depiction of Aboriginal people by artists of the day, including Antoine Plamondon, Joseph Légaré, Cornelius Krieghoff, Henry Daniel Thielcke, and Théophile Hamel. Vincent’s practice as a painter—particularly through his self-portraits—enabled him to overturn conventional ideas about indigenous-colonial relations and establish a dialogue between his community and inhabitants of European descent.

“Over the past several decades Vincent’s pioneering artistic example has been an inspiration for many Native artists. The strategies he employed still offer effective ways for an artist to initiate and support a dialogue with the general public and the ruling institutions of society.”Louise Vigneault

Zacharie Vincent: Life & Work demonstrates how, over the course of his career, this significant but too-little-known artist produced more than six hundred works—paintings and drawings of all kinds, from portraits to landscapes and conventional genre scenes—of which only around fifty are known to have survived. Louise Vigneault offers an examination of the ways Vincent’s art is critical to contemporary studies, including the representation of one culture by another, intercultural relations, the re-actualization of Native culture, categorization, conservation, preservation of indigenous works, and the use of images to achieve strategic, political, social, and symbolic ends.

Louise Vigneault, Professor of Art History at Université de Montréal, specializes in North American art. Her research focuses on questions of the collective imaginary, mythologies, and cultural constructions, and strategies for the representation of identity. Vigneault is a celebrated author, her publication Espace artistique et modèle pionnier: Tom Thomson et Jean-Paul Riopelle (Éditions Hurtubise, 2011) was awarded the Canada Prize in the Humanities and the Victor-Barbeau prize conferred by the Académie des lettres du Québec. 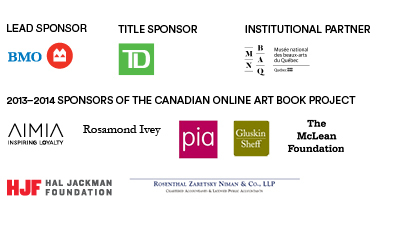