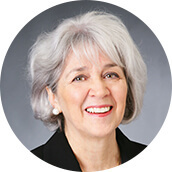 “When I first visited Greg Curnoe’s studio in the late sixties, I was impressed by his quick wit, the colourful attire that matched his paintings, his occasional outrageous statement, and the organized disorder of the huge studio filled with works, books, and collections of what he called ‘stuff.’ Despite the years I have devoted to studying Curnoe’s life and works, he still has the capacity to intrigue and surprise me.”

Judith Rodger is a freelance curator and art historian based in London, Ontario. She studied at McGill University, University of London (U.K.), Western University, and University of Toronto. She has worked at what is now Museum London, at McIntosh Gallery at Western University, and at the Art Gallery of Ontario (AGO) in Toronto. In 1995 she began to catalogue the archival material of, first, Jack Chambers and, later, Greg Curnoe for the AGO. She was captivated by Curnoe’s extraordinary breadth of interests as she read his journals, listened to his audiotapes, and organized the boxes and boxes of files that Curnoe himself had collected. Rodger is currently an adjunct professor in the Department of Visual Arts at Western University.