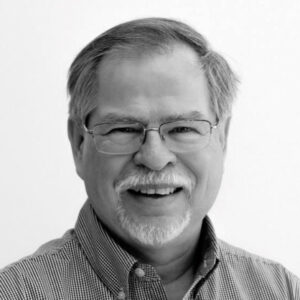 “Ottawa is not just a city of elected officialdom. Its beginnings in the distant past as an Indigenous gathering place were the result of geography, which invested a site with picturesque waterfalls, three powerful rivers, a shore dominated by soaring cliffs, and a vast hinterland of forests. Soon it became a lumber town, the starting point for a canal created to defend the country, the gateway to the riches of the continental interior, and, finally, a national capital. Canadians in general are indifferent to or angry at the federal politicians and bureaucrats who inhabit the city, but few give any thought to the people who have made it their home and are proud to live here. This publication is an effort to show how Ottawa has contributed to Canadian art and how art represents a sense of place that deserves to be celebrated.”

Jim Burant is an Adjunct Professor of Art History at Carleton University, as well as Director of the Ontario Region of the National Archival Appraisal Board of Canada. He retired from his position as head of the Art and Photography Archives at Library and Archives Canada (LAC) in 2011, but has continued to work on curatorial, writing, and research projects. He was the co-curator of Àdisòkàmagan / Nous connaître un peu nous-mêmes / We’ll All Become Stories, which opened at the Ottawa Art Gallery in April 2018, and co-wrote the introduction as well as five essays for the accompanying catalogue. He edited the National Gallery of Canada Review 8 (June 2017), an homage to the scholar Robert Stacey, writing the biographical sketch, preparing the bibliography, and selecting and editing nine of Stacey’s unpublished essays. He has also published widely, in such publications as Archivaria, Canadian Geographic, Hamilton Arts and Letters, Canada’s History, Thieme-Becker Kunstler-Lexikon, Dictionary of Canadian Biography, and the Canadian Encyclopedia. As the Chief of Art and Photography Archives at LAC from 1998 to 2010, he was responsible for guiding an archival team of art and photography archivists who made acquisitions, and described and provided specialized access to the more than 500,000 works of art and 30,000,000 photographs held by LAC. As a manager at LAC, he also mentored many students who have gone on to become gallery directors and curators across the country, as well as the heads of major archives. He has organized or co-organized many major art exhibitions for Library and Archives Canada as well as for the National Gallery of Canada, the London Regional Art Gallery, and the Ottawa Art Gallery. In recognition of his many achievements, he has been awarded the Queen’s Golden Jubilee medal (2002) and the Archives Association of Ontario’s Alexander Fraser Award (2011). He is a member of the Algonquins of Pikwàkanagàn First Nation.