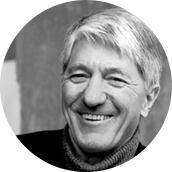 “When I lived and worked at Hart House at the University of Toronto in the late 1950s and early 1960s, I saw Tom Thomson’s dazzling painting The Pointers every day. Fred Varley’s Magic Tree hung in my office, and works by Lawren Harris, A.Y. Jackson, and Arthur Lismer in nearby common rooms were constant friends. Acquisitions took a huge leap ahead in 1961–62, when an undergraduate cabal I supported sacked the conservative Art Advisory Committee and purchased great works by Jock Macdonald and Harold Town. Thomson and his friends would have cheered.”

David P. Silcox has enjoyed a long and distinguished career in the arts, his positions ranging from the first Senior Arts Officer of the Canada Council for the Arts and Associate Dean, Faculty of Fine Art, York University, to federal Assistant Deputy Minister of Communications (Culture) and Ontario Deputy Minister, Culture and Communications. Most recently he was president of Sotheby’s Canada for twelve years. He has also written major prize-winning books, including Painting Place: The Life and Work of David B. Milne; The Group of Seven and Tom Thomson; and, with Harold Town, the groundbreaking Tom Thomson: The Silence and the Storm. In addition, he is the author of many articles and catalogues about Canadian art and artists.

Silcox has founded several important performing arts events in theatre, music, dance, and the visual arts in Canada. He has served on the boards of more than thirty cultural organizations, including the Stratford Festival, National Film Board, Toronto International Film Festival, CFDC (now Telefilm Canada), Royal Conservatory of Music, and Gardiner Museum.

To honour his contribution to culture and the arts in Canada, Silcox has received the Order of Canada, the Governor General’s Award in Visual and Media Arts, and honorary doctorates from Victoria University in the University of Toronto and the University of Windsor. He is also a long-standing Senior Fellow at Massey College and a Fellow of the Royal Canadian Geographical Society.