Brilliant and prolific, Tom Thomson (1877–1917) laid the foundation for the Group of Seven and has become an icon of Canadian culture. In 1909 Thomson, an engraver and graphic designer, found himself in the company of a group of talented and ambitious artists in Toronto. Haphazardly and frenetically absorbing the artistic zeitgeist, Thomson emerged as a gifted and innovative painter. The artist’s tragic death at Canoe Lake only five years into his promising career remains a national mystery.

Tom Thomson: Life & Work is an intriguing exploration of a legendary Canadian artist. Thomson produced around fifty canvases and four hundred or more small sketches that captured the atmosphere and character of the wilderness he observed during his frequent canoe and camping trips. The harrowing events of the First World War also manifested themselves in Thomson’s depictions of the destruction and chaos caused by forest fires, flooding, and storms. David P. Silcox brilliantly illustrates how by 1917 Thomson’s brush strokes had already become bold and expressive, seeming to be far ahead of the works of his colleagues.

Revered amongst Canada’s strongest and most popular images of the North, Thomson’s images grapple with subjects in original yet durable ways. From his inception as a painter, Thomson’s reputation has never wavered—curators, critics, and art historians have all acknowledged his supremacy.

David P. Silcox has written a number of books on Canadian art and artists and held several key posts in the cultural community: first arts officer of the Canada Council; associate dean, Faculty of Fine Arts, York University; deputy minister, Culture and Communications, Ontario; president of Sotheby’s Canada; and Chairman, Canadian Friends of Dulwich Picture Gallery, London, UK. He has served on the boards of nearly forty cultural organizations, received two honorary doctorates, the Governor General’s Award in Visual Arts, and the Order of Canada. He has been a Senior Fellow of Massey College since 1991. 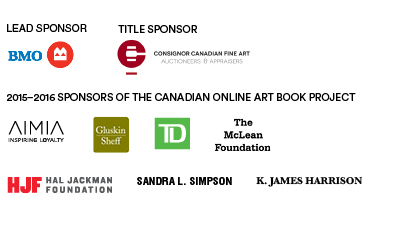