Best known as one of Canada’s first painters to exhibit abstract work in Canada, Bertram Brooker (1888–1955) was an advertising executive, critic, and self-taught artist. Bertram Brooker: Life & Work traces the career of a remarkable visionary ahead of his time, illuminating how the talented polymath led a new era of the arts in Canada.

After relocating to Toronto from Manitoba in 1921 to join the staff of Marketing magazine, Brooker became friends with members of the Group of Seven—in particular Lawren Harris, who shared his abiding interest in the spirituality of art. In 1927 Arthur Lismer sponsored a small exhibit of Brooker’s works—widely considered the first solo exhibition of non-objective paintings in Canada. In 1929 Brooker met Manitoban artist Lionel LeMoine FitzGerald whose influence was a catalyst for Brooker’s now iconic style of geometric, abstracted landscapes. Not without controversy, in 1931 Brooker submitted a painting that was later removed from a gallery show before its exhibition because it contained nudity. He wrote the essay “Nudes and Prudes” in rebuke.

“A self-taught polymath and one of Canada’s first abstract artists, Bertram Brooker was a Governor General’s Award–winning novelist, a poet, screenwriter, playwright, essayist, copywriter, graphic designer, and advertising executive. His relentless exploration of new ways of seeing situates him among this country’s most accomplished early modernist painters.”James King

Equally accomplished in the literary world, Brooker won the first Governor General’s Award for fiction for his novel Think of the Earth (1936). He initiated, introduced, and edited The Yearbook of the Arts in Canada, 1928-1929, and a second volume in 1936.

James King is a professor of English in the Department of English and Cultural Studies at McMaster University. He has been a John Simon Guggenheim Memorial fellow and is a member of the Royal Society of Canada. He has written biographies of, among others, Lawren Harris, David Milne, and Greg Curnoe. He is now preparing a biography of Michael Snow and is curating an exhibition of Snow’s early works for the Art Gallery of Hamilton. 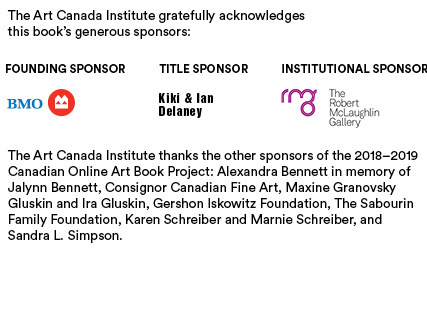 Is This Art Canadian? James King on Bertram Brooker