One of the country’s most versatile artists, Françoise Sullivan (b. 1923) is acclaimed as a sculptor, painter, photographer, and pioneering figure of modern dance in Canada. Early in her career, she became prominent in the Automatiste movement in Quebec, her essay “La danse et l’espoir” (“Dance and Hope”) appearing in Paul-Émile Borduas’s 1948 Refus global manifesto, of which she was also a signatory. That same year in Montreal, she performed a dance recital that is recognized as Quebec’s first modern dance event. In various media, her work has remained absorbed by questions of movement, territory, and origins, her art practice firmly rooted in artistic freedom and interdisciplinarity.

“As a leading woman member of the Automatistes, Françoise Sullivan brought a new visual sensibility to art in Quebec, and her writings and lectures were pivotal at a time when criticism focused primarily on the painting practices of male artists. Although she constantly experimented and often changed her approach to art making, she remained committed to self-expression and improvisation as a way to unleash primal energy.”Annie Gérin

Françoise Sullivan: Life & Work recounts the artist’s evolution as a practitioner and explores defining events and periods that shaped her practice; her encounter with Paul-Émile Borduas and the Automatistes; her dance studies in New York under the guidance of Franziska Boas; her marriage to painter Paterson Ewen; her training as a sculptor under Armand Vaillancourt; and the parallel career she led as an educator at Concordia University in Montreal. The book describes this remarkably accomplished artist’s career, considering her groundbreaking exhibitions and performances, her incisive theoretical texts on art, her photographic documentation of ephemeral works, and her choreographer’s drawings and notations. It reveals the richness and the breadth of Sullivan’s work and her role as a major contributor to the most relevant artistic debates of the twentieth century.

Annie Gérin is a curator and dean of the Faculty of Fine Arts at Concordia University. Educated in Canada, Russia, and the U.K., Gérin researches in the areas of Canadian art, Soviet art, and art on the World Wide Web. She is especially concerned with art encountered by non-specialized publics, outside the gallery space. 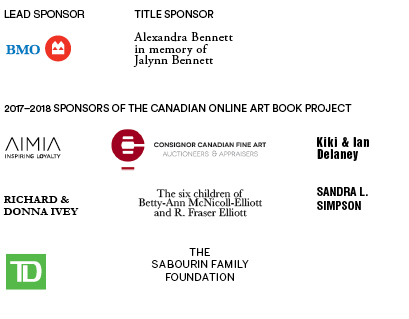