“We wanted to be famous, glamourous and rich….” General Idea (active 1969–1994) came to embody and employ this maxim in their art. Like many of the group’s works, this statement was a cheeky reflection on the conventional public image of the artist as individual genius. Comprised of AA Bronson, Felix Partz, and Jorge Zontal, the group took on “a single point of view,” creating a unified, non-hierarchical entity.

General Idea: Life & Work tracks how this artists’ group arrived on the scene in Toronto in the 1960s and became visual and countercultural pioneers, creating a personal mythology and rhetoric that ran throughout their oeuvre. It illustrates how General Idea’s works playfully and unabashedly address queer identity, despite this facet being ignored by critics until the mid-1980s. Through mimicry, General Idea played with viewer’s expectations, reworking familiar formats and aesthetics, such as Pop art, magazines, and talk shows, in order to prompt critical reflection.

“As a collective, General Idea had an enormous impact—within Canada and internationally—through their work and their efforts to shape the Canadian art scene.”Sarah E.K. Smith

Sarah E.K. Smith reveals how General Idea’s projects treat key social issues, including celebrity, media, commerce and consumption, and significantly the AIDS crisis. Equally groundbreaking was General Idea’s multi-platform approach to making art. They utilized recognizable media, such as photography, sculpture, and painting, and less conventional media, such as mail art, video, performance, installation, and artist multiples. This book discusses General Idea’s central involvement in the creation of artist-run culture in Canada and shows how, over the course of their twenty-five-year career, they redefined what it meant to be an artist.

Sarah E.K. Smith is an assistant professor of communication and media studies at Carleton University. Her research focuses on contemporary art and cultural institutions. Smith’s current project explores the relationship between Canadian curators and museums and the United Nations Educational, Scientific and Cultural Organization (UNESCO). 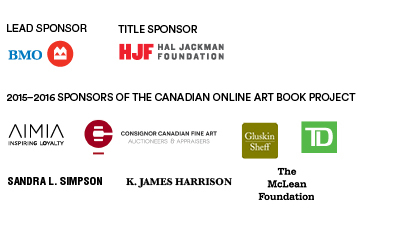