From the 1950s to the 1980s Harold Town (1924–1990) was a brilliant figure in Canadian art. He made a distinct contribution to the country’s Abstract Expressionist movement as a founding member of the artists’ collective Painters Eleven. In the graphic arts he gained international acclaim for his 1950s prints; at the same time his paintings fetched record prices and ignited a new local art scene in Toronto. With his early international success and his determination to make world-challenging art while remaining rooted in Toronto, Town contributed a new confidence and maturity to the Canadian art scene.

“Harold Town made a distinct contribution to the Abstract Expressionist movement in 1950s Canada as a member of Painters Eleven. He also launched numerous and varied bodies of work, in pursuit of a consistent and evolving set of themes. His paintings and collages, drawings, and prints create a dynamic dialogue between traditional artistic modes and the contemporary urban, technological environment.”Gerta Moray

In a period when artists were expected to develop an original signature style, Town launched numerous and varied bodies of work—in painting, drawing, printmaking, collage, assemblage, and sculpture—usually executed in series, and always with an experimental rigour, in pursuit of a consistent and evolving set of interwoven themes: the urbanized environment; contrasts between spontaneity and order, discord and harmony; erotic experience and gender roles; and commentary on an era in the history of art when a huge range of visual languages were simultaneously accessible. To each he brought a high respect for technique and craft and the faith that artmaking could expand his horizons and inform his engagement with the world in which he lived.

Harold Town: Life & Work explores the story of one of Canada’s most prominent mid-twentieth-century artists, who understood art as a challenging assortment of diverse languages that demanded to be studied and understood. It reveals how his work created a dynamic dialogue between traditional artistic modes and the contemporary urban, technological environment.

Gerta Moray has held posts at several British and Canadian universities and is Professor Emerita at the University of Guelph. Her current research explores Canadian modern and contemporary art looked at through international and feminist perspectives. She is a leading expert on Emily Carr and author of Unsettling Encounters: First Nations Imagery in the Art of Emily Carr (University of British Columbia Press, 2006) and of many articles and exhibition catalogues on contemporary Canadian artists. 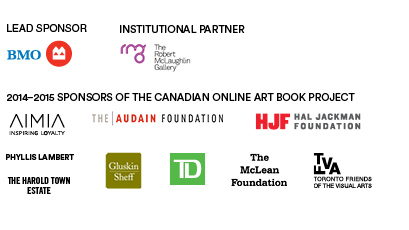