A painter with unsurpassed technical proficiency and a bold experimenter in film, Jack Chambers (1931–1978) created his art and lived his life with passion. Never shy about going after what he wanted, a young Chambers left London, Ontario, in 1953 and later arrived unannounced at the home of legendary artist Pablo Picasso. Charmed by this brazen Canadian, Picasso advised him to study in Barcelona. The artists Chambers met in Spain and the influence from the New Spanish Realists, as well as the Surrealists, jump-started his own career.

Chambers returned to Canada in 1961 and went on to challenge conventional notions of regionalism. His theoretical essay “Perceptual Realism” encouraged artists to express their primary sensory experience, not simply reproduce their surroundings. Chambers was also a tireless champion for visual arts in Canada, founding one of the most important advocacy agencies for artists’ rights, the Canadian Artists Representation/Le front des artistes canadiens (CARFAC).

“He was a legend. The more you know about his work and ideas, the more there is to see and to think about.”Mark A. Cheetham

In 1969 Chambers was diagnosed with leukemia. Although physically he was weakened, his desire to produce works only heightened. His illness led him to focus on the significance and miraculousness of everyday life, to paint domestic tableaux and scenes of his London. Chambers passed away in 1978, leaving behind a remarkable legacy of paintings, drawings, and films. Through the exploration of the life and career of this legendary artist, Jack Chambers: Life & Work makes clear why, critically and financially, Chambers remains one of the most successful Canadian artists of his time.

Mark A. Cheetham is a professor of art history at the University of Toronto. He has published extensively on historiography and art theory, abstract art, and art in Canada. A Guggenheim Fellow, he has also received writing and curatorial awards from the College Art Association of America and the Ontario Association of Art Galleries. His book Landscape into Eco Art: Articulations of Nature Since the ’60s was published in 2018. 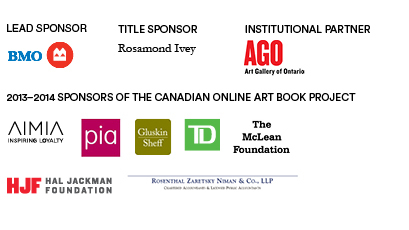