In the 1950s Canadian artists’ creation of an iconography celebrating the nation’s history was lagging behind. With True Patriot Love, the first retrospective exhibition at the National Gallery of Canada dedicated to a living Canadian female artist, Joyce Wieland (1930–1998) set out to correct this situation with a new vision of the country’s symbolism that combined the environment, women’s issues, and art. “I think of Canada as female,” Wieland told the press before the exhibition’s opening. In his book A Survey (1970), artist Michael Snow described his then-wife as a “filmmaker, collagist, painter, and pioneer lay ecologist.”

Joyce Wieland: Life & Work documents one of Canada’s pivotal and most internationally renowned artists of the 1960s and 1970s. By 1971 her canvases could be found in museums across Canada and her pioneering experimental films were included in such institutions as the Museum of Modern Art, the Royal Belgium Film Archives, and the Austrian Film Archives. This book traces her career, which began as a painter but expanded to incorporate a range of media and materials, including sculpture, textile-based art, and experimental film.

“Despite the gravity of the issues she was addressing, Wieland’s humour was often in evidence as she set out to make political art. Drawing on foundations of Canadian visual culture, Wieland reminded her fellow citizens that the terms of the national contract should continue to be questioned.”Johanne Sloan

Johanne Sloan reveals how Wieland’s work—often politically engaged with issues of war, gender, ecology, and nationalism while remaining aesthetically powerful and filled with humour—generated new forms of meaning and aesthetic pleasure. She analyzes a groundbreaking artist’s commitment to creating original art that was socially and politically relevant.

Johanne Sloan is a Professor of Art History at Concordia University in Montreal. She has written extensively about Joyce Wieland, the visual culture of Expo ’67, and landscape art and aesthetics. She is the principal investigator for the collaborative research project Networked Art Histories: Assembling Contemporary Art in Canada, funded by the Social Sciences and Humanities Research Council of Canada (2013–17). 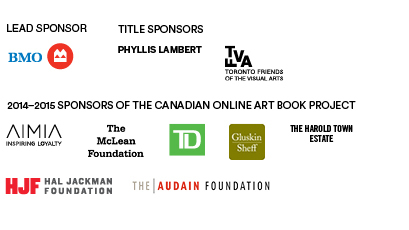