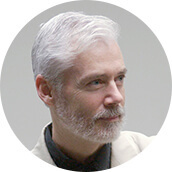 “I grew to love the western prairie in all seasons and weathers when living in Regina. At that time, I came to admire the work of Winnipeg artist L. LeMoine FitzGerald, who so brilliantly expressed the power of place. I remember vividly the penetrating (or ‘terrific,’ as FitzGerald called it) quality of light on the prairies. For me, FitzGerald best captured the prairie experience through his light-filled work. In 1988, I was honoured to guest-curate the exhibition In Seclusion with Nature: The Later Work of L. LeMoine FitzGerald, 1942 to 1956 for the Winnipeg Art Gallery.”

Michael Parke-Taylor is an art historian based in Toronto. He received his art historical training at the University of Toronto and The Courtauld Institute of Art, London. His first curatorial position was at the MacKenzie Art Gallery in Regina. Following this he spent the majority of his professional career as a curator at the Art Gallery of Ontario, where he worked in the Print and Drawing Department and the European Department before becoming Curator of Modern Art in the Modern and Contemporary Department.