Rooted in his native city of Winnipeg, Lionel LeMoine FitzGerald (1890–1956) lived most of his life in Manitoba, where he captured the essence of the prairie in his art. Although in 1932 he accepted the Group of Seven’s invitation to become a member, FitzGerald was less concerned than the group about promoting issues of Canadian identity. Instead he explored his surroundings, delving deeply into the forces he believed animated and united nature, in order to make “the picture a living thing.”

“FitzGerald helped to foster the notion of Western Canada as a beautiful and inviting place. The landscape was not only a locale with economic benefits but also one dominated by nature’s glorious majesty of open sky and a sense of freedom.”Michael Parke-Taylor

Lionel LeMoine FitzGerald: Life & Work tracks the development of the artist’s career from his youthful enthusiasm for the writings of Ruskin through formative influences derived from Impressionism and Post-Impressionist artists. The book chronicles FitzGerald’s mature style, from the late 1920s to early 1930s, which captured the quintessential Western Canadian look of land, sky, trees, and—most importantly—penetrating, intense light. Quiet in personality and passionate about art, as both principal and teacher at the Winnipeg School of Art from the 1920s to the 1940s FitzGerald inspired a generation of students. His west-coast sojourns in British Columbia in the 1940s brought about new directions marked by his move into abstraction during the last six years of his life. The book considers how FitzGerald’s art transcends subject matter and empirical observation, addressing universal issues that still resonate beyond the borders of his native home.

Michael Parke-Taylor is an independent researcher and art historian based in Toronto, Ontario. Previously he was curator of modern art at the Art Gallery of Ontario in Toronto, and curator of exhibitions at the MacKenzie Art Gallery, Regina. He is author of the exhibition catalogue In Seclusion with Nature: The Later Work of L. LeMoine FitzGerald, 1942 to 1956 (Winnipeg Art Gallery, 1988). 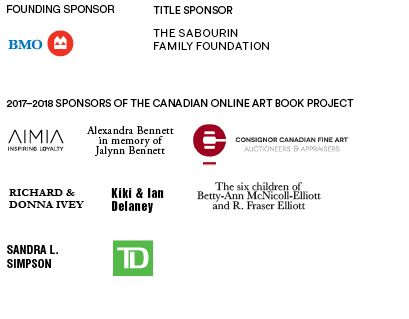