Louis Nicolas: Life & Work reveals the story of the first-known artist to depict the land that would become Canada. Born in France, Louis Nicolas (1634–1682) trained as a Jesuit priest before arriving in New France in 1664, where he was sent to convert the Aboriginal peoples and where he stayed for eleven years.

During his stay Nicolas travelled from the western end of Lake Superior to Sept-Îles and from Trois-Rivières to the south of Lake Ontario. Fascinated by the wildlife and Indigenous peoples of the New World, he created hand-drawn illustrations for a book that would become known as the Codex canadensis, in which he documented seventeenth-century Canada. His extraordinary images included tattoos, pipes, hairstyles, weapons, and people of an undocumented land. He created portraits of Iskouakite, an Outaouais chief, and Catherine Tekakouita. These represent the only known images of First Nations people in New France.

“Louis Nicholas’s depictions of Iskouakite, an Outaouais chief, and Catherine Tekakouita are the only known portraits of First Nations in all New France. His art is of great importance to our country’s ethnology and natural history.”François-Marc Gagnon

In this fascinating book, François-Marc Gagnon chronicles how Nicolas came to create the Codex canadensis—a seventy-nine-page document illustrated with 180 drawings of the people, plants, mammals, birds, and fish that he encountered—a work of critical significance to understanding the country’s ethnology and natural history.

François-Marc Gagnon (1935–2019) was a Professor Emeritus of both the Université de Montréal and Concordia University. Among Canada’s most revered art historians, during his lifetime he was recognized as a Member of the Order of Canada and an Officer of the Ordre national du Québec. He published extensively on Canadian art, including two other books for the Art Canada Institute: Paul-Emile Borduas: Life & Work and Paul-Émile Borduas: Life & Work. 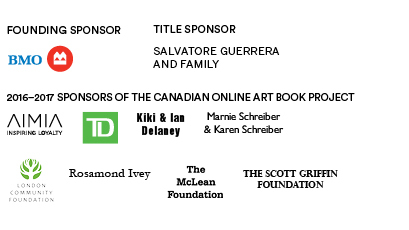