Anishinaabe artist Norval Morrisseau (1931–2007) is considered by many to be the Mishomis, or grandfather, of contemporary Indigenous art in Canada. The creator of the Woodland School of art and a prominent member of the Indian Group of Seven, Morrisseau is best known for using bright colours and portraying traditional stories, spiritual themes, and political messages in his work. Heralded as “the key figure at the centre of an indigenous art movement in Canada” by the National Chief of Assembly of First Nations, he shattered societal prejudices and stereotypes in the 1960s.

“When Norval Morrisseau arrived on the Canadian art scene in 1962, he was something of an anomaly. At a time when enforced assimilation was national policy and First Nations had only recently been accorded the right to vote in federal elections, few Indigenous people made art that was viewed as contemporary within the narrow framework accepted in mainstream cultural circles.”Carmen Robertson

Norval Morrisseau: Life & Work describes how the artist worked outside the established traditions of European visual culture. He defied categorization and challenged conventional understandings of Indigenous art. Although during his lifetime the media judged him harshly for his alcoholism and his traditional beliefs, Morrisseau succeeded in raising awareness of Indigenous aesthetics and cultural narratives as he developed an artistic vocabulary that inspired a new Canadian art movement. Carmen Robertson reveals that, at a time when most Canadian artists were experimenting with the techniques of modern abstraction, Norval Morrisseau rejected those contemporary artistic trends in favour of a visual aesthetic that drew most directly from Anishinaabe cultural sources. This book considers the plight of an artist who, in the face of intense discrimination, created a style that was all his own.

Dr. Carmen Robertson is a professor of art history at Carleton University, Ottawa, and held a previous position as professor of contemporary Indigenous art history at the University of Regina. An Indigenous scholar, her research centres on contemporary Indigenous arts and constructions of Indigeneity in popular culture. In addition to Norval Morrisseau: Life & Work with ACI, she has recently published Mythologizing Norval Morrisseau: Art and the Colonial Narrative in the Canadian Media (University of Manitoba Press, 2016). She also co-wrote Seeing Red: A History of Natives in Canadian Newspapers (University of Manitoba Press, 2011). 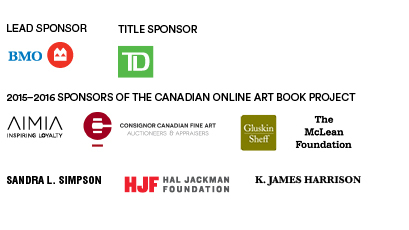