When Paraskeva Clark (1898–1986), an émigré from Russia via Paris, arrived in Toronto in 1931, the local art establishment was ready for a change. The dominant painting style—wilderness landscapes rooted in a nationalist ideology—was no longer adequate to express the social and political turmoil of the 1930s and 1940s.

Clark was among the first Canadian painters to address social issues in her work and to bring a European stylistic and political sensibility into the conservative Canadian art scene. She shared with her fellow Toronto artists the influences that shaped the early part of her career, including Paul Cézanne and the French Cubists as well as the time she spent as a theatre designer in the Soviet Union. Profoundly affected by these artistic forces, by the despair she witnessed during the Great Depression, and by her close-up view of the rise of Fascism, much of her work was defined by a fierce leftist consciousness.

“When Paraskeva Clark immigrated to Canada in 1931, she brought fresh eyes with which to observe the Canadian scene. Her political leanings equipped her to be a passionate spokesperson for socially engaged art.”Christine Boyanoski

Paraskeva Clark: Life & Work explores the career of one of Canada’s most original artists, whose work was highly structured and expressive of emotion and mood. It addresses her ability to transpose Soviet symbolism and European techniques into a North American context and presents an artist who stated that Canada made her a painter. Clark’s art is key to understanding the diversity of experience that contributed to the nation’s visual arts.

Dr. Christine Boyanoski, a curator and art historian, has written extensively on Canadian art. With a longstanding interest in cross-cultural art practice, she has published studies of Canadian art in a North American context and is preparing a book on the cultural ties between Great Britain and the former dominions during the first half of the twentieth century. Art and exile, as exemplified by Paraskeva Clark, is one aspect of her work. 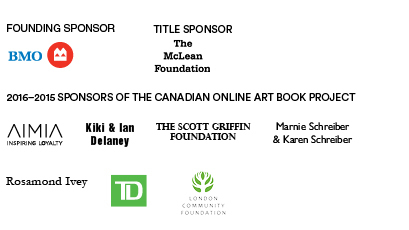