Born in Mallow, County Cork, Ireland, Paul Kane (1810–1871) immigrated to Canada, where he became the country’s first and only artist to embark upon a series of paintings documenting the country’s Aboriginal peoples and their land, using the medium of portraiture in a time before the dominance of photography. In doing so, Kane created a cycle of one hundred paintings that collectively revealed the vitality of the country’s indigenous cultures.

Paul Kane: Life & Work documents this unique nineteenth-century painter from his early career as a furniture painter and portraitist in Ontario to the start of his epic journey west, beginning in late May 1846. It explores how and why Kane came to travel for two years along the routes of the Hudson Bay Company, venturing as far north as Fort Assiniboine and as far south as Fort Vancouver in the Oregon Territory, exploring that vicinity and northward on Vancouver Island. Throughout the trip he encountered the First Nations and Metis people, whose likenesses and daily lives, customs, and cultural artifacts he sketched, along with the landscape.

“Kane produced hundreds of sketches and created a cycle of one hundred paintings that together reveal the vitality of Aboriginal culture and are of great significance today in the study of Canada’s Aboriginal and settler cultures.”Arlene Gehmacher

Kane’s career spanned more than twenty years, during which he left a legacy of critical paintings that have come to be appreciated by ethnographers, historians, art historians, and literary critics in remarkably different ways.

Arlene Gehmacher, PhD, is Curator of Canadian Paintings, Prints, and Drawings at the Royal Ontario Museum. Her focus there is the visual culture of colonial and settled Canada from the sixteenth century to the present. Her research is made available to the public through exhibits and publications, the subjects of which include eighteenth-century imperialist imagery, nineteenth-century portraiture, early twentieth-century illustration, historicist photography, and modern and contemporary printmaking. 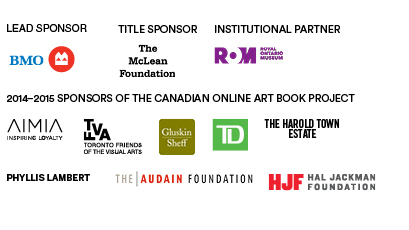