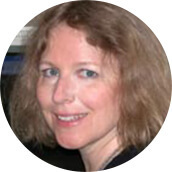 “Paul Kane has long been an icon of Canadian historical art. I discovered the challenges his legacy presents to curators when I arrived at the Royal Ontario Museum in 2000 to find his paintings and sketches of Aboriginal life under the purview of the Anthropology Department, and the rest of his work in Canadiana. I have since found it fascinating to seek out the keys to conceptually integrate his adventuresome life, his times, and his full artistic output across his entire career.”

Arlene Gehmacher is Curator of Canadian Paintings, Prints & Drawings, Department of World Cultures, Royal Ontario Museum. She received her PhD in Modern Art (specializing in Canadian art) at the University of Toronto in 1996. Before joining the ROM in 2000, she worked on curatorial projects and publications (Ozias Leduc: An Art of Love and Reverie, Montreal Museum of Fine Arts, 1996; Cornelius Krieghoff: Images of Canada, Art Gallery of Ontario, 1998; Painting for Posterity: The Paintings of William Blair Bruce, Art Gallery of Hamilton, 1999) and taught art history.

At the ROM, her research has been primarily collections-based, with publications focusing on Krieghoff at the Universal Exhibition of 1867, the woodcuts of Japanese-Canadian artist Naoko Matsubara, and the production and reception in the 1920s of Arthur Heming’s paintings of the Canadian fur trade. Other original research is oriented to small exhibits, with a view to future publications: nineteenth-century women’s art, twentieth-century commercial illustration, and twenty-first-century photography of historic sites using early photographic techniques and equipment. Her course, “Collecting Canada,” based on the ROM Canadian collections, is offered through the University of Toronto’s Department of Fine Art.

Gehmacher came to study Kane first through her acquisition for the ROM of the chromolithograph “Death of Omoxesisixany or Big Snake” for the Canadiana collection. Her research interests in Kane have expanded to include Wanderings of an Artist, including its critical reception outside the English-speaking world, with additional focus on the artist’s works on paper and Kane’s possible use of the camera lucida.