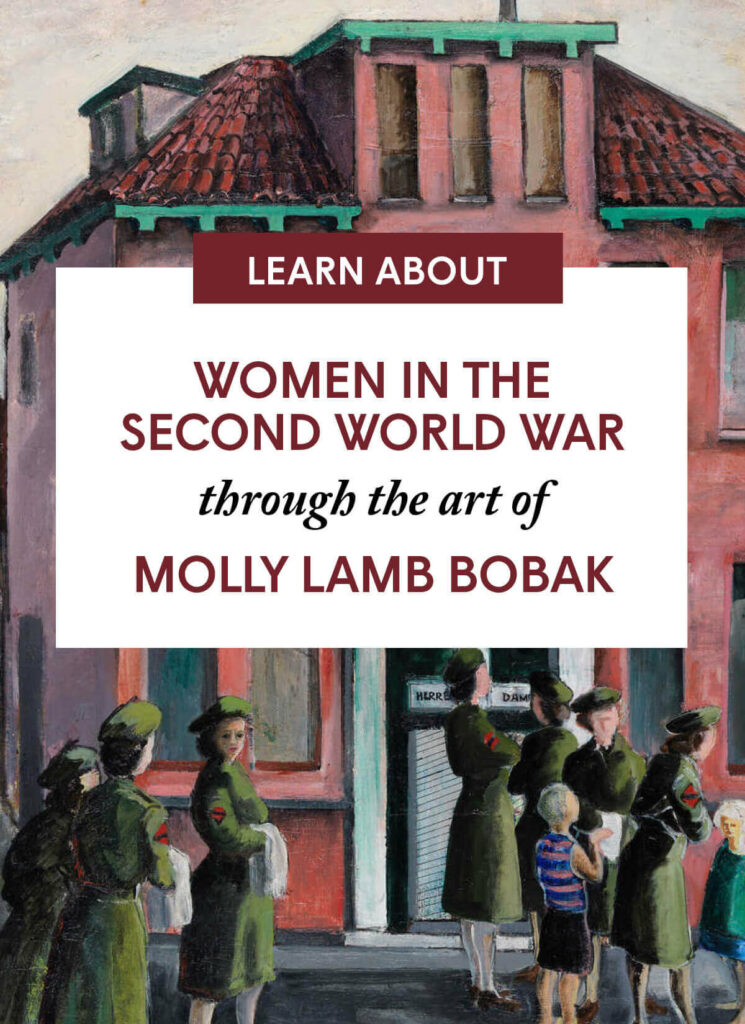 Molly Lamb Bobak (1920–2014) was the first female war artist in Canada. Canadians played an important role in the Second World War, both on the home front and overseas, and people from all parts of Canada participated in and were affected by the war in countless ways. Lamb Bobak became a member of the Canadian Women’s Army Corps in the fall of 1942 and served there until 1946. Lamb Bobak documented her experiences in a journal: W110278: The Personal War Records of Private Lamb, M. Her sketches and paintings provide us with a detailed account of Canadian women’s involvement in the Second World War. This guide focuses on exploring Lamb Bobak’s work to develop students’ knowledge of an important Canadian artist and the role of Canadian women in the Second World War.