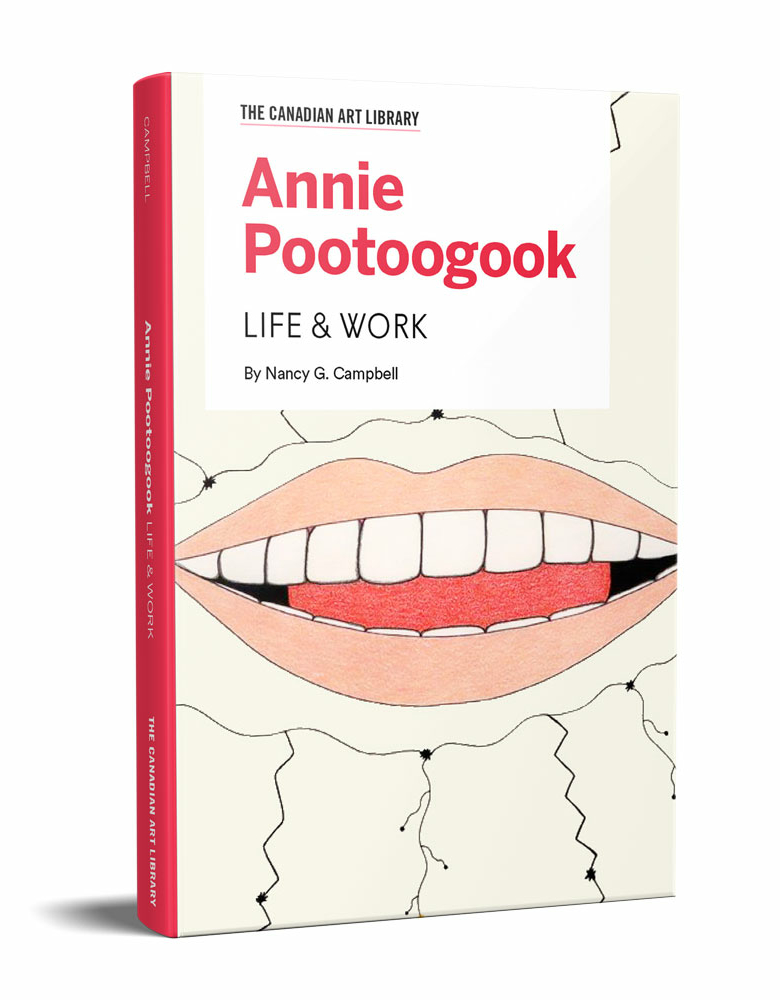 Cape Dorset-born Annie Pootoogook (1969–2016) was an artist who explored, celebrated, and depicted her northern community in unprecedented ways. Daughter of the famed Inuit artists Eegyvudluk and Napachie, and granddaughter of the celebrated Pitseolak Ashoona, Pootoogook created compelling drawings that resulted in her national and international recognition.

Annie Pootoogook: Life & Work traces the artist’s life from her youth at the West Baffin Eskimo Co-operative’s Kinngait Studios, where she began drawing in 1997, predominantly in ink and crayon, to her death in 2016. The book explores how in addition to depicting scenes of everyday life in the North—including people watching TV, playing cards, shopping, or cooking dinner—Pootoogook depicted such subjects as alcoholism, domestic abuse, food scarcity, and the effects of intergenerational trauma.

In 2006 Pootoogook was the recipient of Canada’s Sobey Art Award, an important early career achievement that recognized the artist’s singular vision. The award led to her widespread renown and the inclusion of her work in exhibitions of global contemporary art, such as documenta 12 in Kassel, Germany. Author Nancy Campbell reveals how the strength of Pootoogook’s work speaks not to what she saw but the way she saw it, and how her distinct images of nude women, spiritual encounters, and domestic scenes led the way for the works of many contemporary Inuit artists, such as her award-winning cousin Shuvinai Ashoona.


Nancy G. Campbell has been an independent curator of contemporary and Inuit art since 1993. She has worked for institutions including The Power Plant Contemporary Art Gallery in Toronto, the McMichael Canadian Art Collection, and the Macdonald Stewart Art Centre at the University of Guelph. Campbell holds a master of arts from the University of British Columbia in art education and a doctorate from York University in art history. She is the author of Shuvinai Ashoona: Life & Work, published by the Art Canada Institute.