The drive Alex Colville (1920–2013) had to make sense out of life—which marked his entire mature career, from his time as an official war artist until his death in 2013—is at the heart of his significance as an artist. He was intent on creating a world of order from the reality of chaos, always aware of the essential and tragic fragility of this Sisyphean task. Colville was a thinker as much as a maker, and his sustained, rigorous approach to creating images is a remarkable legacy. Alex Colville: Life & Work examines this significant Canadian figure, tracing his impact on the cultural life of Canada.

“Even as Colville concentrated on creating images drawn from his specific surroundings and experience, he was able to evoke a universal language of myth and metaphor that reverberates throughout our culture.”Ray Cronin

From the early 1950s Colville had achieved a signature style, maintaining a set of images, subjects, and contextual concerns that remained remarkably consistent. His family (in particular his wife, Rhoda), the immediate environs of his homes in New Brunswick and Nova Scotia, and animals (often his own family pets) were his most frequent subjects. His paintings are distinctive and easily recognizable, marked by his careful, unified brushwork and meticulously arranged compositional structures. Anchored in recognizable imagery, imbued with symbolic depth and constructed with conceptual rigor, his art continues to fascinate audiences. At his death Alex Colville was the best-known artist in Canada, and his body of work includes some of the most iconic images ever created in this country.

Ray Cronin is a Nova Scotia–based writer and curator. A former director and CEO of the Art Gallery of Nova Scotia, he is the founding curator of the Sobey Art Award. In addition to blogging about visual arts for Halifax Magazine and frequently contributing to several Canadian and American art magazines, he is the author of Mary Pratt: Still Light (2018) and Our Maud: The Life, Art and Legacy of Maud Lewis (2017). 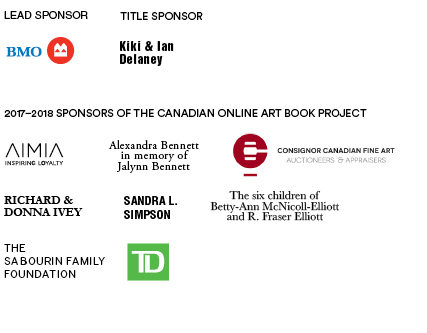