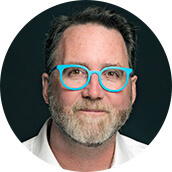 “I knew Alex Colville for fifteen years, at the end of his long life. We talked mostly about philosophy when we met, and occasionally about politics.  He showed me various paintings at different stages of completion and occasionally reminisced about his place in the art world, and that world’s perception of him, which he felt was limited, at best. He was as far from the popular cliché of an artist as every real artist I’ve ever met. He lived his own definition of what it took to make good art—to struggle to produce work that was never commercial, sentimental, or retrograde. That he did, creating some of the finest paintings in Canadian art history.”

Ray Cronin is a writer, curator, and arts consultant living in Elmsdale, Nova Scotia. He worked at the Art Gallery of Nova Scotia as curator (2001–07) and as director and CEO (2007–15). He is the founding curator of the Sobey Art Award.

Cronin is a graduate of the Nova Scotia College of Art and Design (BA, fine arts) and the University of Windsor (MA, fine arts). He is the author of numerous catalogue essays and has published reviews and articles for several Canadian and American art magazines over a twenty-five-year career. In 2000 he received the Christina Sabat Award for Critical Review in the Arts. He was the visual arts columnist for the Daily Gleaner (Fredericton) and Here (Saint John) in New Brunswick and is the visual arts blogger for Halifax Magazine.

Cronin is the author of Marion Wagschal (Battat Contemporary, 2010) and has contributed essays to books on Mary Pratt, John Greer, David Askevold, Graeme Patterson, Colleen Wolstenholme, and Garry Neill Kennedy, among others. His book Our Maud: The Life, Art and Legacy of Maud Lewis was published by the Art Gallery of Nova Scotia in 2017, and Mary Pratt: Still Light by Gaspereau Press in 2018. Further titles in his book series, the Gaspereau Field Guides to Canadian Artists, are forthcoming.