Few artists impact the world equally with their paintings and paragraphs. Van Gogh was one, Emily Carr (1871–1945) another, and she was one of the first Canadian artists of national significance to emerge from the West Coast. During her life she felt her artistic career was a failure. Saddled with a sense of professional and personal isolation and rejection, she persevered and her vision of Canada is now iconic. Carr travelled extensively, learning from European, American, and indigenous forms and receiving formal training at art academies as well as with private tutors. She continued to grow in artistic power throughout her life as a result of her own intense observation and of her vigorous experimentation with a variety of methods and media, reflecting the fusion of wide-ranging influences.

“Emily Carr is one of Canada’s best-known artists. Her life and work reflect a profound commitment to the land and peoples she knew and loved. Her sensitive evocations reveal an artist grappling with the spiritual questions that the Canadian landscape and culture inspired in her.”Lisa Baldissera

Along with the Group of Seven, Carr became a leading figure in Canadian modern art in the early twentieth century. Emily Carr: Life & Work explores the artist’s trajectory from her life in Victoria, where she struggled to receive acceptance, to her status as one of Canada’s most influential artists. This book documents Carr’s resiliency and adventurous spirit, which led her to visualize depictions of the British Columbia landscape in a uniquely modern and spiritual manner. Her work became an articulation of the country’s national identity and an inspiration to subsequent generations.

Lisa Baldissera has worked in curatorial roles for public art galleries in western Canada and as an independent curator, consultant, and writer for nearly twenty years. She was curator of contemporary art at the Art Gallery of Greater Victoria and chief curator at the Mendel Art Gallery, Saskatoon, and is currently senior curator at Contemporary Calgary.  She has produced more than fifty exhibitions of local, Canadian, and international artists. She holds MFAs in creative writing from the University of British Columbia and in art from the University of Saskatchewan and is currently a PhD candidate at Goldsmiths, University of London. Baldissera was a Professional Affiliate at the University of Saskatchewan and has served on contemporary-art juries across Canada, including for the RBC Canadian Painting Competition, the Sobey Art Award, the Saskatchewan Arts Board, The Hnatyshyn Foundation, and the British Columbia Arts Council. 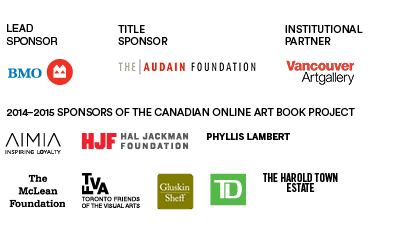 Is This Art Canadian? Sarah Milroy on Emily Carr