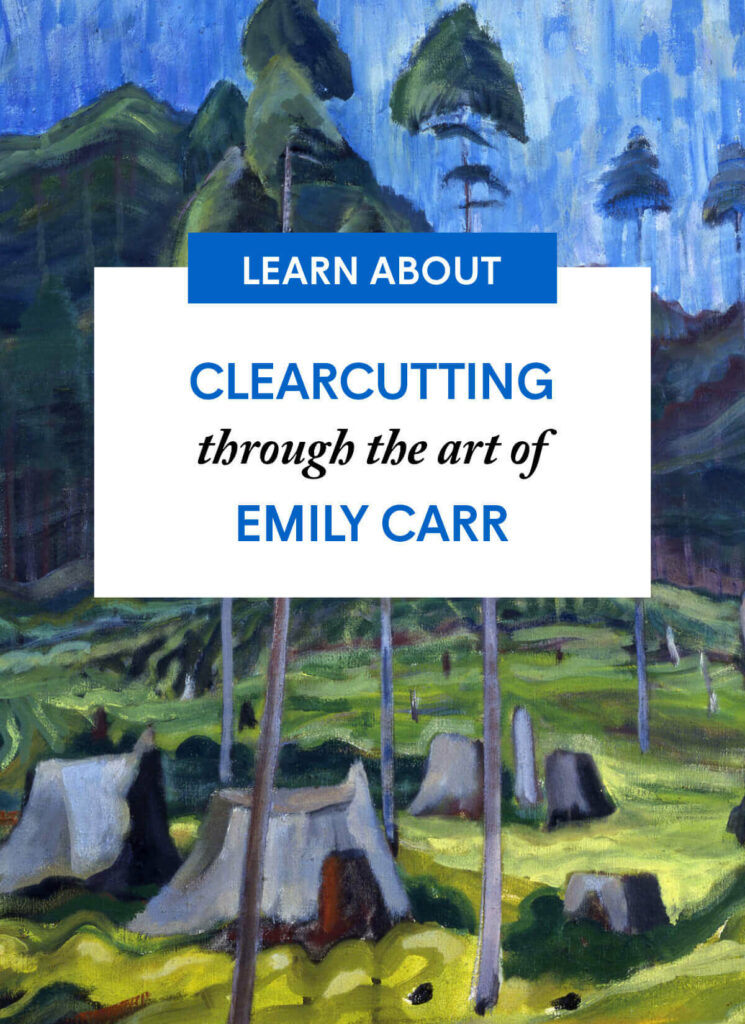 Clearcutting through the
art of Emily Carr

Long before environmental concerns became a worldwide issue, Emily Carr (1871–1945) recognized the long-lasting impacts of clearcutting in British Columbia. In the late nineteenth century, when industrial logging began in British Columbia, reforestation and the protection of wildlife habitats were not issues of great concern. In the 1930s, Carr focused her attention on the landscape surrounding her Victoria home, including landscapes impacted by large-scale logging, and her paintings from this period reveal her anxiety as her choice of subject became the threatened landscape itself. Growing demand for wood and arable land has now led to the loss of over half of the world’s rainforests, through unsustainable logging regimes like clearcutting. In this guide, the work of Emily Carr will form the foundation of a deeper understanding of our collective responsibility to be careful stewards of nature.