Gershon Iskowitz (1920 or 1921–1988) was about to begin his studies at the Academy of Arts near Warsaw, Poland, when the Nazis invaded. He survived the Holocaust by drawing, as a means of psychological resilience, on scraps of paper that he found after bomb raids. Gershon Iskowitz: Life & Work traces the life of this incomparable artist, from his early days as a student in Poland to his captivity at Auschwitz and Buchenwald to his remarkable artistic trajectory in Canada.

In 1949 Iskowitz immigrated to Canada where he quickly established himself in his new country’s artistic scene. His first recorded exhibition was at the 1954 Canadian Society of Graphic Art annual show, held at the Art Gallery of Toronto (now the Art Gallery of Ontario). In the decades to come, Iskowitz would have many solo exhibitions, including a forty-year retrospective in 1982.

“For Gershon Iskowitz, his art and life were inseparable and we must try to understand his circumstances—the trauma of the Holocaust and the uncertainty of the immediate post-War period. His early figurative images are his world observed and remembered. With the later abstract works, he made his own vision of the world, even as he made himself a ‘new man’ in it.”Ihor Holubizky

Author Ihor Holubizky explores the career of this remarkable artist, from his early largely figurative work focused on Holocaust themes to his turn toward epic and colourful canvases. In 1967 Iskowitz began creating luminous abstracted landscape paintings of bright, vibrating hues: iconic images in Canadian art that propelled him to new levels of recognition and that reached international audiences.

Ihor Holubizky is an art historian (PhD, University of Queensland) based in Canada. He has contributed writing to numerous publications on historical, modern and contemporary topics in art and culture in North America, Europe, Australia, and New Zealand, and has been a Trustee of the Gershon Iskowitz Foundation since 2009. 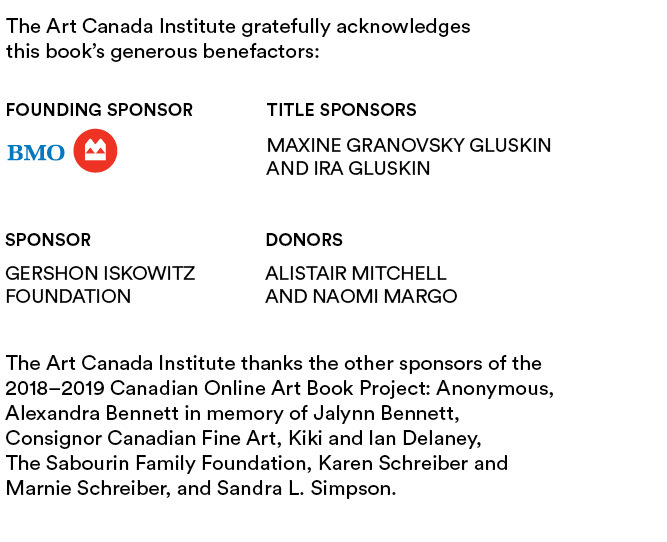