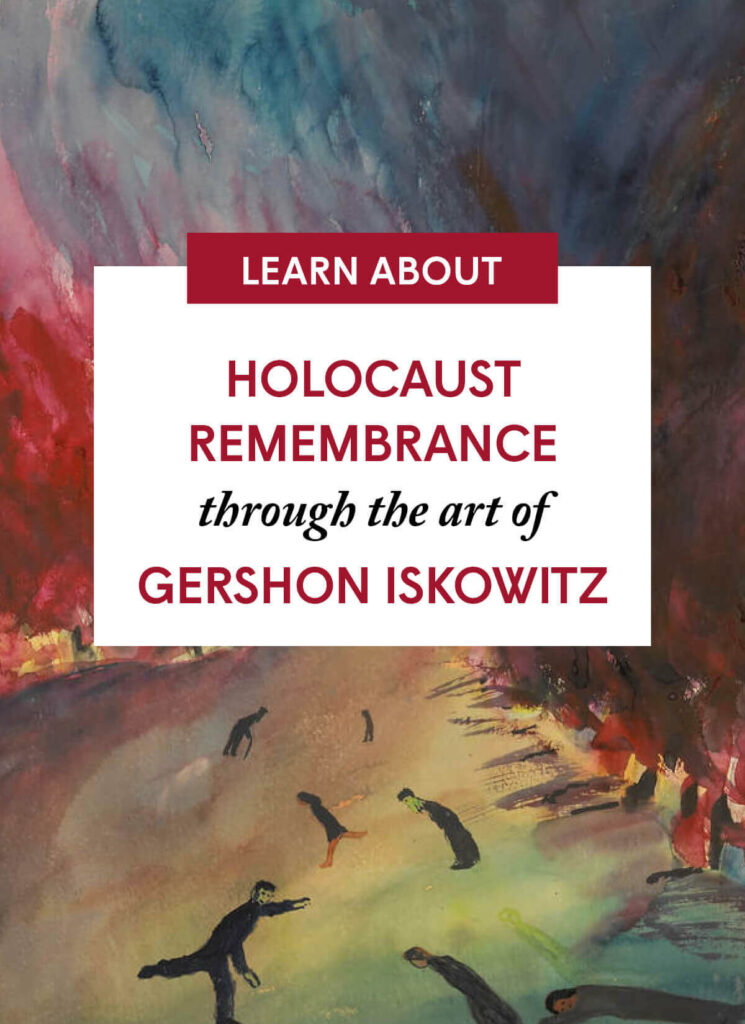 Holocaust Remembrance
through the art of Gershon Iskowitz

Gershon Iskowitz (1920 or 1921–1988), a Polish-born Canadian artist, saw first-hand the rise and regime of the anti-Semitic German chancellor Adolf Hitler and his Nazi party. Between 1933 and 1945, the Nazis forced more than six million Jews out of their homes and placed them in concentration camps where most were killed (including Iskowitz’s family). This historic event, now known as the Holocaust, saw Hitler and his followers target Jews as well as other minorities (including the LGBTQ population and people with disabilities) in a systematic, bureaucratic, state-sponsored genocide of those who were deemed “sub-humans.” This guide explores why, as an artist, Iskowitz felt a critical need to produce work about the Holocaust. It also addresses the importance of remembering the Holocaust today and ways to do so.