Painters Eleven co-founder Kazuo Nakamura (1926–2002) was one of the great Canadian artists of the twentieth century, famous for his muted landscapes and his abstract compositions. Born in Vancouver, Nakamura grew up fascinated by his uncle’s collection of Japanese art magazines, and as a teenager he studied with the influential West Coast modernist Jock Macdonald. However, in 1942, during the Second World War, Nakamura’s early training came to an end when he and his family were sent to a Japanese internment camp in Tashme, B.C. Two years later the Canadian government forced them to relocate and they eventually settled in Toronto.

In the post-war years, Nakamura continued his artistic education at Central Technical School in Toronto. He also took night classes with Albert Franck, who introduced him to Toronto’s art scene. Before long Nakamura secured solo exhibitions and in 1953 Nakamura was included in Abstracts at Home, a show held at the Simpson’s department store in Toronto. This event led to a critical meeting at the home of artist Alexandra Luke where the groundbreaking abstract-artist group Painters Eleven was formally established. Though he exhibited with them regularly, Nakamura’s career was highlighted by a number of successes outside of the group as well and when it disbanded in 1960 he was at the height of his artistic career. In later years Nakamura became known for committing to abstraction in paintings and in sculpture.

“As a Japanese Canadian whose family had been dislocated by the war, Nakamura struggled with his identity and sense of place. Forced to leave British Columbia, he made a new life in Ontario, where he formed lasting friendships with the members of Painters Eleven and became a leader in the Japanese Canadian community.”JOHN G. HATCH

Kazuo Nakamura: Life & Work is the first biography to tell the story of Nakamura’s intriguing life and storied career, from his childhood in Vancouver and his experiences as a wartime internee to his role in Painters Eleven and the culmination of his career in the number series paintings. An iconic Canadian painter who blended Western and Eastern influences, Nakamura was profoundly inspired by mathematics, science, and philosophy as well as art history. His achievements reflect the pivotal diversification of Canadian art in the twentieth century.

John G. Hatch is associate professor of art history and Chair of the Department of Visual Arts at Western University. His area of research is twentieth-century European and American art and theory, with a special focus on the influence of the physical sciences on modern art. He is the author of the Art Canada Institute publication Paterson Ewen: Life & Work. 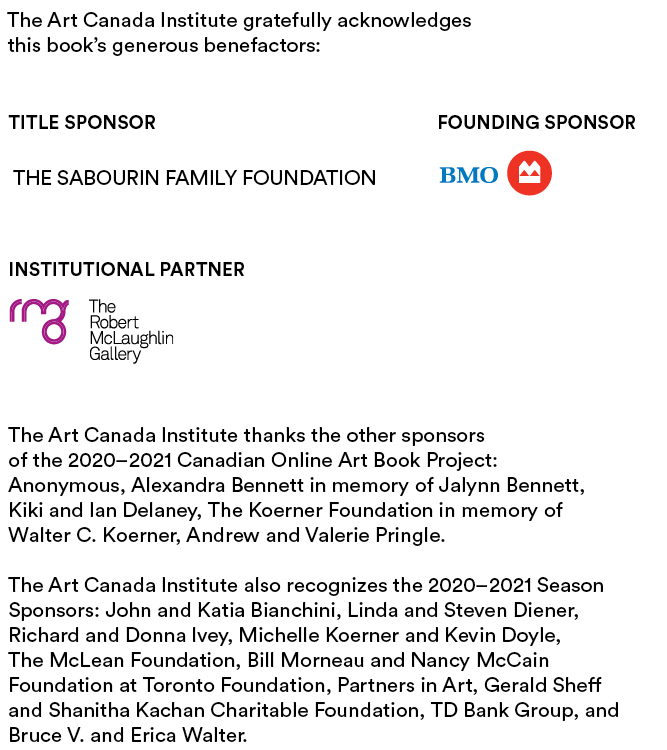