Mid-twentieth-century Alberta was a surprising location for a female artist to prosper and build a cultural legacy for generations to come—but that is exactly what Marion Nicoll (1909–1985) did. Defying prevailing gender norms and conservative attitudes in Calgary, she ushered in a modernist revolution in Western Canada with her innovative hard-edge abstract paintings. In the process, she became one of this country’s most celebrated pioneers of contemporary art.

Born in Calgary, Nicoll (née MacKay), who knew from childhood that she wanted to be an artist, first set up a studio in her parents’ home. For the next several decades she made the world of art her focus, going abroad to take courses and explore museums. When Nicoll returned home, she became the first permanent female art instructor at the Provincial Institute of Technology and Art (now Alberta University of the Arts) and the first woman from the Prairies to be elected to the Royal Canadian Academy of Arts (1976), roles that influenced generations of artists.

In Marion Nicoll: Life & Work, author Catharine Mastin reveals how the artist’s practice, initially centred on landscapes and still lifes, underwent a radical shift around 1945, when Painters Eleven member Jock Macdonald (1897–1960) introduced her to automatic drawing and watercolour. Nicoll’s dedication to this experimental method prepared her to fully embrace non-figurative art. Inspired by nature and spirituality, her compositions came to feature carefully balanced flat shapes and colours. Today her innovative paintings continue to be highly sought after by museum and collectors.

This long overdue account of Nicoll’s work honours the artist’s singular contribution to Canadian modernism and celebrates her achievements in a wide range of media—print-making, ceramics, batiks, jewelry making, and, above all, painting. It reveals how an unforgettable talent tenaciously forged her reputation to become an inspiring and influential figure in Canadian art.

Catharine Mastin is a museum director, curator, writer, and art historian who specializes in modern and contemporary art with a focus on women artists. She was Curator of Canadian Art at the Art Gallery of Windsor and Senior Curator at the Glenbow Museum, and from 2010 to 2020 returned to Windsor as Executive Director. She has organized exhibitions on writer and artist Wyndham Lewis’s years in Canada and on Canadian photographer Brenda Francis Pelkey, and she curated the major travelling exhibition The Group of Seven in Western Canada. 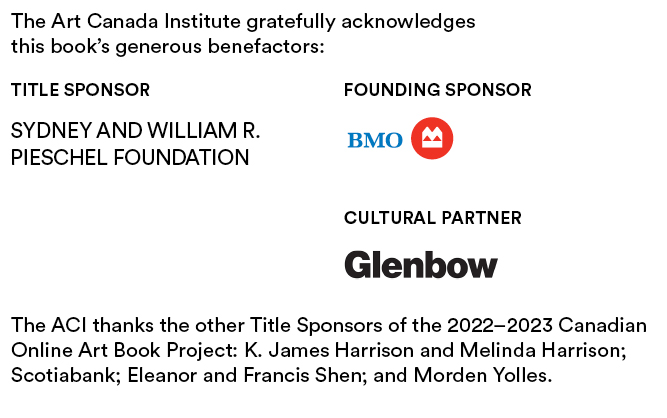