Paterson Ewen (1925–2002) had the rare privilege of being involved with two seminal moments in Canadian art: the first with the Automatistes in Quebec, the second with the London, Ontario, art scene of the 1960s and early 1970s. The former directed Ewen away from landscape painting, the latter back to it. But Ewen’s treatment of landscape painting was far from traditional; it involved using large sheets of plywood that incorporated printmaking and sculpture. The result was a gouged, painted surface reflecting an aggressive working of the plywood that spoke to the psychological challenges Ewen struggled with throughout his life. His wrought wooden surfaces recall the thick brushwork of Vincent van Gogh, an artist Ewen admired and empathized with. His paintings were also inspired by Japanese woodcuts, specifically the work of the nineteenth-century artist Katsushika Hokusai, in whom Ewen found appeal, in part, because he contrasted the unpredictable, sometimes violent world with the peaceful setting of the monumental Mount Fuji. In turn, Ewen’s oeuvre was an inspiration for many Canadian artists who followed his example of experimentation and depictions of inner visions, making him a critical figure in the country’s cultural landscape.

“Paterson Ewen was unmistakably original. His work bridged figurative and abstract, fused painting and sculpture to create a whole new medium, and broadened the definition of Canadian landscape, revitalizing national interest in this art.”John G. Hatch

Paterson Ewen: Life & Work traces the remarkable journey Ewen and his work took, marking both its high and low points, while emphasizing his important contribution to Canadian art as an artist and a teacher. He remains one of the most highly regarded and innovative Canadian artists of his time.

John G. Hatch is associate professor of art history and chair of the Department of Visual Arts at Western University. His area of research is twentieth-century European and American art and theory, with a special focus on the influence of the physical sciences on modern art. Shortly after Paterson Ewen passed away in 2002, Dr. Hatch initiated the process that resulted in having an asteroid named after the artist, Patersonewen 14060. 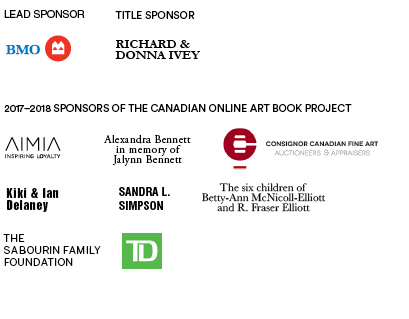