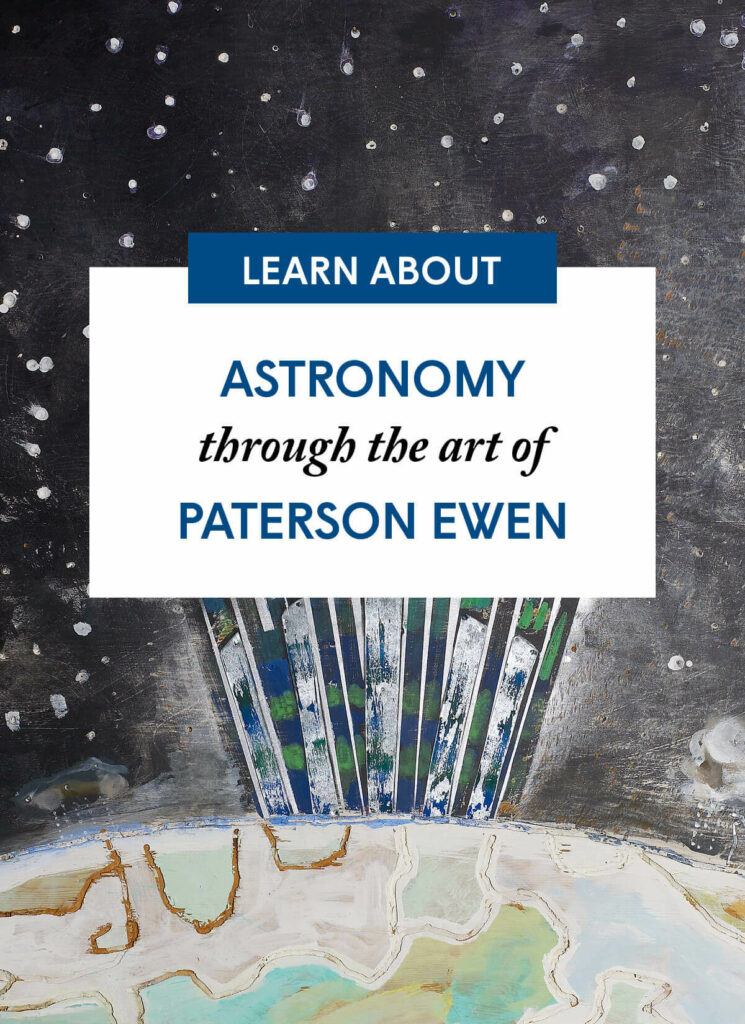 Astronomy
through the art of Paterson Ewen

Paterson Ewen’s (1925–2002) fascination with astronomy followed that of artists and communities throughout history: many societies have been fascinated by the relationship of our planet to the cosmos beyond, and people have studied the sky for centuries. Yet, as John G. Hatch explains, although Ewen spent “nights of searching, with a telescope, for the planets, moons, and stars with his sons, he was not looking to science as inspiration for his work. Instead, it found him.” Throughout his career he would depict the night sky as well as celestial objects, particularly the moon. His interest in astronomy was heightened by the 1960s “space race” between the United States and the U.S.S.R., and by the Apollo 11 moon landing. Ewen formed connections to the celestial world, creating artworks that not only captured its beauty but also helped him understand and express personal struggles. In this guide, the art of Paterson Ewen is used to connect with the night sky through science and art.