Pitseolak Ashoona (c. 1904–1983) was born in a time of incredible transition for Inuit of the Canadian Arctic, from an era when life was lived in semi-nomadic hunting camps to one in which the radio news reported that two men had landed on the moon. Pitseolak became a woman empowered by art, embracing her role as a visual historian in a changing Inuit society. Pitseolak’s artwork contributed to the establishment of a modern Inuit art form that receives worldwide attention and plays a vital role in the transmission of Inuit cultural knowledge and values. One of the first Inuit to create images of camp life, her body of work, its range and depth, was achieved through two decades of diligent effort and considerable creative energy.

“I came across a series of gem-like drawings by Pitseolak, so lively and colourful that they seemed to glow. I realized that even with a famous artist like Pitseolak, there was still much to learn.”Christine Lalonde

The critical and commercial success of contemporary Inuit art rests on the foundation built during Pitseolak Ashoona’s generation. Pitseolak Ashoona: Life & Work celebrates her “unusual life” as a bold, powerful artist who understood art’s communicative power and was conscious that her drawings presented Inuit intellectual, spiritual, and material culture to the rest of Canada and the world. The didactic quality of her art was motivated by her desire to teach others, non-Inuit and future generations of Inuit alike, about the life she experienced first-hand.

Christine Lalonde is Associate Curator of Indigenous Art at the National Gallery of Canada, Ottawa. She is actively engaged with Inuit artists in northern communities and urban centres in Canada and abroad. Recognized for her commitment to new methodologies, Lalonde has explored experimental approaches to presenting work by indigenous artists, providing a balance between commemorating their artistic accomplishments and raising awareness of critical issues. She is widely published in exhibition catalogues, critical essays, and articles. 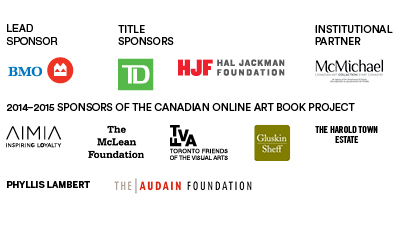