Prudence Heward (1896–1947) was “the very best painter we ever had in Canada and she never got the recognition she richly deserved in her lifetime,” according to A.Y. Jackson, a founding member of the Group of Seven. Celebrated for her portraits of provocative and defiant women, her expressionistic use of colour, and her sculptural forms, Heward gave new meaning to the depiction of female subjects in the 1920s and 1930s. After training at the Art Association of Montreal under the guidance of her teacher William Brymner, Heward became a central figure in the Montreal art world. She participated in its avant-garde art movement in the inter-war years, was affiliated with the Beaver Hall Group, the Canadian Group of Painters, and the Contemporary Arts Society, and she exhibited with the Group of Seven.

“I am fascinated by the sense of interiority that Heward was able to create in these paintings of non-smiling women.”Julia Skelly

Julia Skelly received a PhD from Queen’s University, and she teaches in the Department of Art History and Communication Studies at McGill University. Skelly is the author of Addiction and British Visual Culture, 1751–1919: Wasted Looks (2014) and the editor of The Uses of Excess in Visual and Material Culture, 1600–2010 (2014). Her most recent book, Radical Decadence: Excess in Contemporary Feminist Textiles and Craft, was published in 2017. 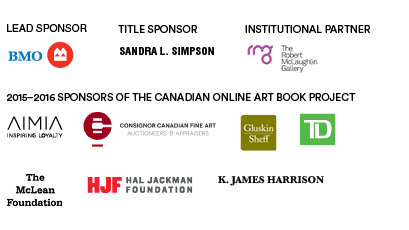