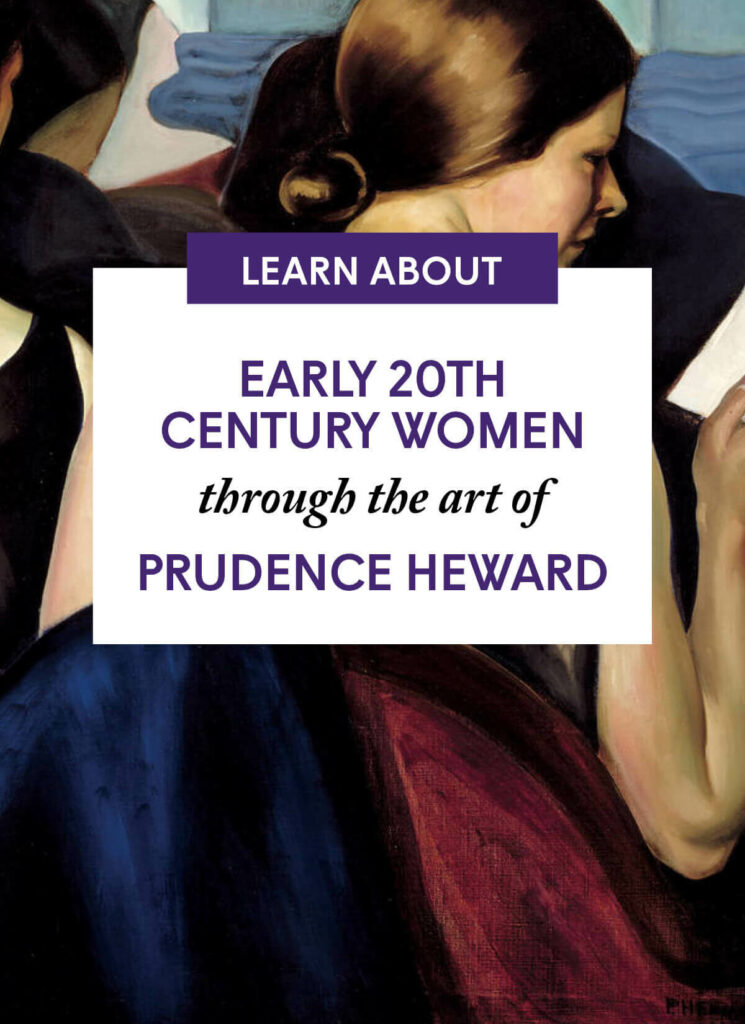 Early 20th Century Women
through the art of Prudence Heward

Montreal-born painter Prudence Heward (1896–1947) is best known for her provocative representations of female subjects in the 1920s and 1930s. Many things changed for Canadian women during this period. Before the First World War, women were normally expected to marry and stay at home with their children, and until 1916, no Canadian women were permitted to vote. After the war, Canadian women had more of a presence in public and they protested inequalities. Heward often made pictures of independent women in defiant poses or socializing in the public sphere. By exploring Heward’s paintings, students will learn about the changing expectations for women in the early twentieth century and be able to draw connections to the challenges facing women today.