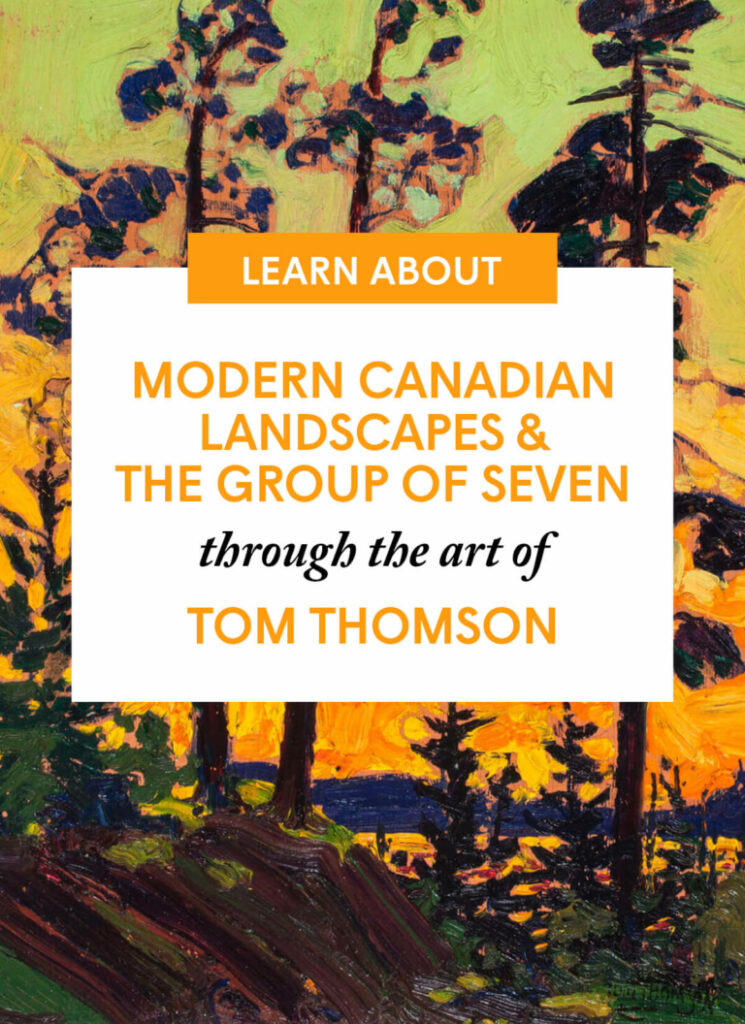 Tom Thomson (1877–1917) is one of Canada’s most famous artists: his landscape paintings of northern Ontario have become iconic artworks, well-known throughout the country and a critical touchstone for Canadian artists. Thomson was passionate about the outdoors, and he was committed to experimenting with new ways to paint landscape. He had several friends who shared these interests, such as A.Y. Jackson (1882–1974), Lawren Harris (1885–1970), and J.E.H. MacDonald (1873–1932); a few years after his premature death, these friends helped establish the Group of Seven, a collection of artists often credited with transforming Canadian art by creating modern depictions of national landscapes. This guide explores Thomson’s considerable legacy and the early history of the Group of Seven by examining art practice, style, and critical issues.