Born and raised on the Prairies, William Kurelek (1927–1977) created meticulously crafted paintings that predominantly explore his Roman Catholic religion and his Ukrainian-Canadian cultural roots, confronting viewers with the stark challenges faced by immigrants. For Kurelek, style and technical skill were meaningless; he wanted to express emotions in an idiosyncratic and deeply personal manner. He developed a distinct approach to painting, using ballpoint pens and texturing with coloured pencils then scrubbing and scratching at the resulting image. From didactic writings about his work sprang a number of children’s books, for which he also became well known in Canada.

“William Kurelek was an artist of extremes. As no Canadian artist before him or since, Kurelek attracted, through his at once sentimental and monstrous imagery, the attention of both popular audiences and seasoned critics.”Andrew Kear

One of Kurelek’s most famous paintings, The Maze, provides a privileged glimpse “inside my skull,” as put by the artist, who struggled throughout his life with depression and schizophrenia. A dark, hypnotically dense composition in gouache, the work shows Kurelek’s personal, religious, and cultural concerns in tiny, impossibly detailed vignettes crammed into dollhouse-like rooms inside a structure resembling a bisected cranium. In a strikingly literal sense, the painting urges viewers to go inside the mind of this troubled, brilliant soul. With William Kurelek: Life & Work, Andrew Kear demonstrates why, more than a quarter-century after Kurelek’s death, Kurelek’s work stands as an enduring commentary on multiculturalism and mental illness in Canada.

Andrew Kear is head of Collections, Exhibitions, and Programs at Museum London and a sessional lecturer in Canadian art at the University of Winnipeg. He has written and curated exhibitions on a diverse range of Canadian artists, from L.L. FitzGerald to William Kurelek and most recently Karel Funk. Kear’s writing has been published in the magazines Canadian Art, Border Crossings, and Sculpture, and he was a juror for the 2015 Canadian Art Foundation Writing Prize. 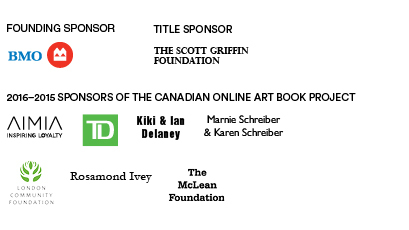 William Kurelek: The Artist and the Av Isaacs Scene