Rebel and revolutionary, Yves Gaucher (1934–2000) was expelled from school twice, yet went on to become one of Canada’s foremost abstract painters of the second half of the twentieth century. A jazz musician and aspiring radio announcer, Gaucher developed an earnest interest in art only after a visit to Arthur Lismer, a founding member of the Group of Seven. The tough teacher inspired Gaucher to take his art seriously, and for the rest of his life Gaucher pursued his abstract style with relentless self-criticism and uncommon clarity.

“Gaucher’s well-practised intuition determines the exquisitely tuned details of line lengths, tonalities, and relative placements. Despite their limited means, the emotional range of the paintings is astonishing.”Roald Nasgaard

Yves Gaucher: Life & Work describes how this exceptional artist made his mark as an innovative printmaker, winning international prizes. It reveals how everything changed when Gaucher discovered the composer Anton Webern, and the artist was inspired to find visual equivalents to Webern’s scores: cues of pure notation—lines, squares, and dashes—that he called “signals.” These initial prints were crucial to Gaucher’s evolution into a post-Plasticien painter. Roald Nasgaard traces the post-Plasticien movement, which made Montreal a centre for a more anonymous, hard-edge, and colour-field painting style, describing Gaucher’s entry into the fold fully formed.

Yves Gaucher’s highly ordered, geometrical, and flat images constitute a unique unadulterated visual language. To this day a Gaucher painting is never static, but is caught up in a recurring series of rhythmic movements that envelop the viewer in a dynamic sensory experience.

Roald Nasgaard was the co-curator of the exhibition Mystical Landscapes: Masterpieces from Monet, Van Gogh and More, which opened at the Art Gallery of Ontario, Toronto, in 2016 and at the Musée d’Orsay, Paris, in 2017, and the curator of Higher States: Lawren Harris and His American Contemporaries at the McMichael Canadian Art Collection, Kleinburg, in 2017, which toured to the Glenbow Museum, Calgary, and the Americas Society in New York. 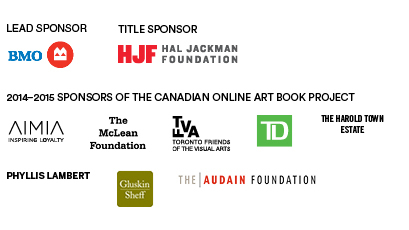