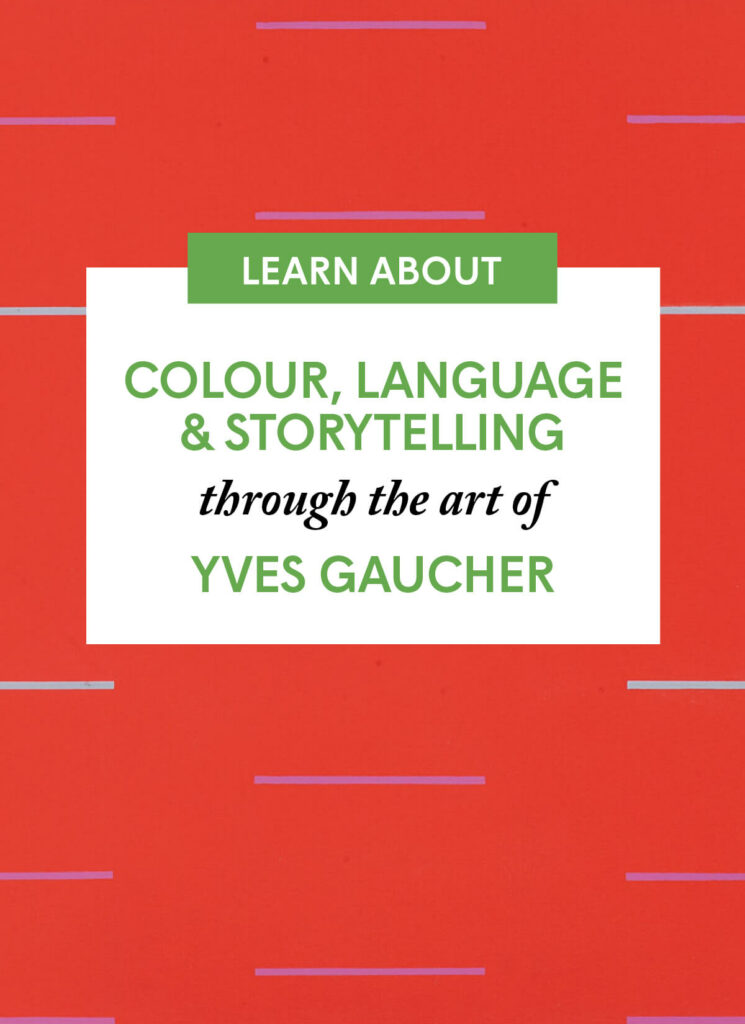 Colour, Language & Storytelling
through the art of Yves Gaucher

Abstract painter, printmaker, and collagist Yves Gaucher (1934–2000) grew up in Montreal and was known for his rebellious spirit. He was twice expelled from school yet went on to become one of Canada’s leading twentieth-century abstract painters. After a life-changing meeting with Canadian artist Arthur Lismer (1885–1969), a founding member of the Group of Seven, Gaucher devoted himself fully to art and developed his style in the post-Plasticien movement. He is best known for his large monochromatic paintings, often inspired by his love of music. Gaucher became a leader among Canadian artists, and his art has been shown in galleries around the world. In this guide Gaucher’s paintings are the starting point for investigations of colour in art, language, and storytelling.