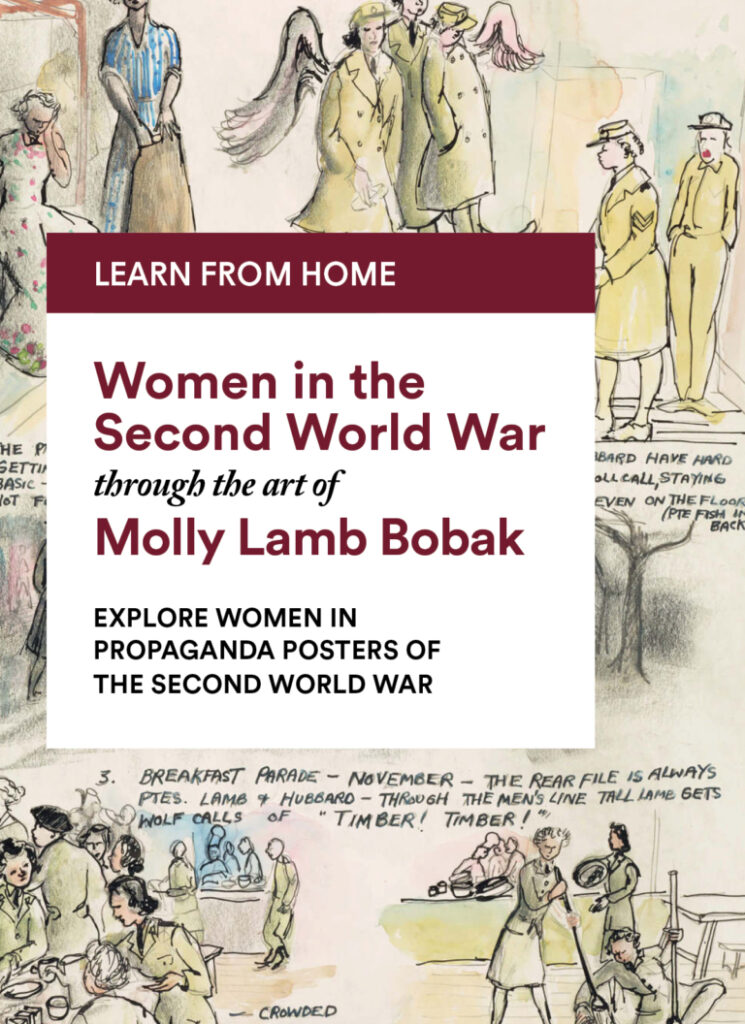 Using Molly Lamb Bobak’s art as a starting point, this independent activity will examine the role of women in art from the Second World War including a propaganda poster designed to encourage Canadians to do their part for the war effort. Throughout the Second World War, the government used propaganda to encourage Canadians to contribute to the war effort. In this activity, students will compare and contrast the portrayal of women in a Canadian Women’s Army Corps recruitment poster with a work from Molly Lamb’s personal war diary. Consider using this activity as a catalyst for discussion of the role of Canadian women during the Second World War and/or as an introduction to a deeper study of Second World War propaganda and possible extension activities (such as students creating their own posters).