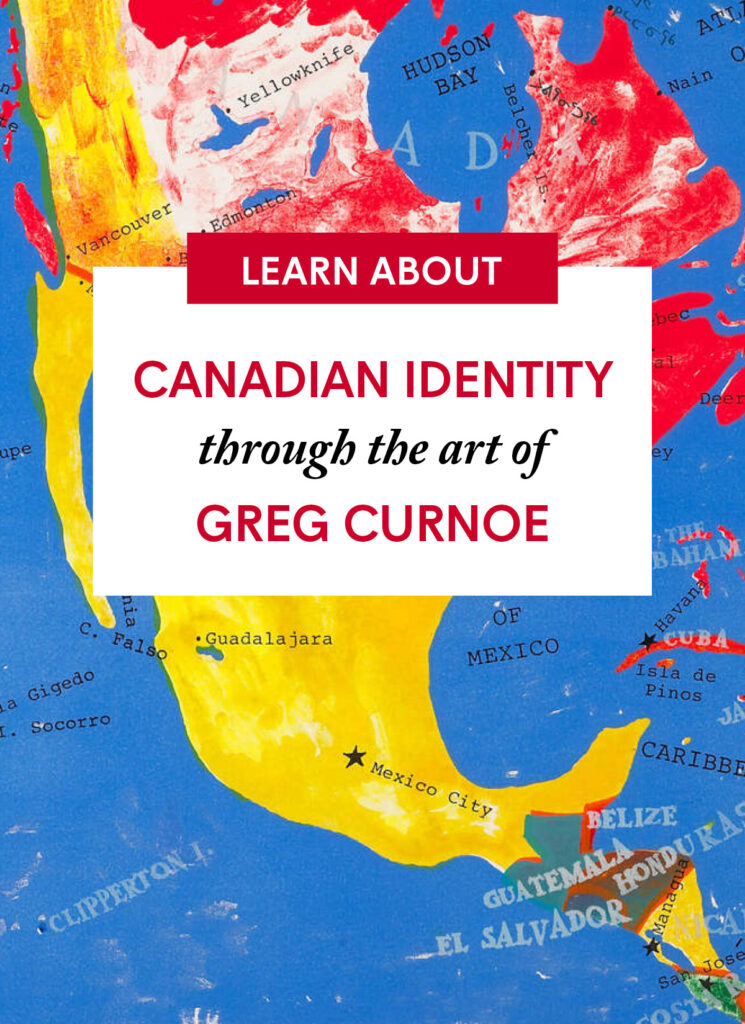 Canadian Identity
through the art of Greg Curnoe

Greg Curnoe (1936–1992) was an artist from London, Ontario, who promoted his hometown as an important centre for artistic production in Canada. He began his career in the 1960s, at the beginning of a decade of change when many people asked, “What does it mean to be Canadian?” He was an ardent promoter of regionalism—a movement that looked toward one’s own life and area for inspiration—to help define Canadian identity. Curnoe expressed his passion for Canada in his paintings and his writings. He believed that there was not one single, unified Canadian identity, but rather many regional identities throughout the country. This guide explores Curnoe’s artistic practice and the formation of Canadian identity during the late twentieth century through to today.