the making of a masterpiece

Lecture
KENT MONKMAN
Born in Canada in 1965, Kent Monkman is a Cree artist widely known for his provocative explorations of colonization, sexuality, loss, and resilience. Monkman’s gender-fluid alter ego Miss Chief Eagle Testickle often appears in his work as a shape-shifting supernatural being who reverses the colonial gaze to challenge received notions of history and Indigenous peoples.

Copies of the ACI book Revision & Resistance: mistikôsiwak (Wooden Boat People) at The Metropolitan Museum of Art will be available for sale at the event until 8:30 p.m. Learn more about the publication.

The Art Canada Institute is also proud to have published earlier this year Kent Monkman: Life & Work by Shirley Madill, as an online book. Available here.

The Art Canada Institute acknowledges its benefactors whose generous support has made this event possible. 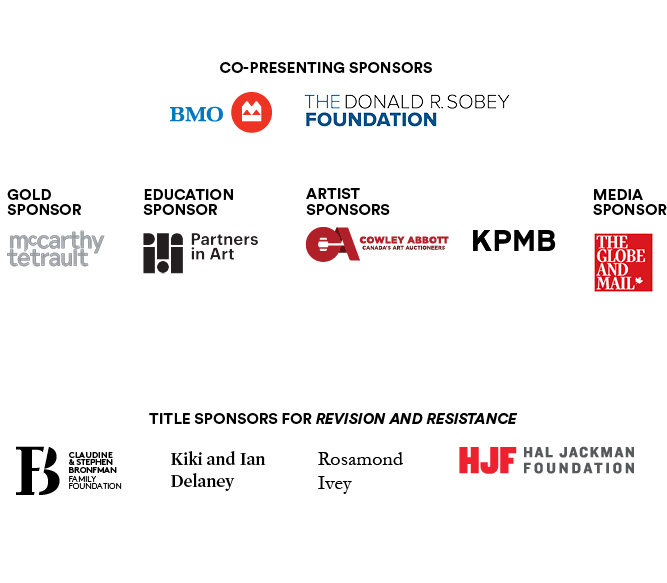