Through his unparalleled combination of photographic and promotional skills, William Notman (1826–1891) was the first Canadian photographer to build an international reputation. Fleeing Scotland in 1856 on charges of fraud, Notman settled with his family in Montreal and swiftly established himself as the city’s most prominent photographer. Notman was an enthusiastic inventor of tools and techniques for his photography, in his studio developing complex composite pictures and fashionable recreations of winter scenes.

“Notman’s photographs still resonate as vivid works of art beyond simply documentation, and they serve as a rich starting point for exploring the complexity of nineteenth-century life in Canada.”Sarah Parsons

This book illuminates the life and work of a remarkably industrious and resourceful entrepreneur. In 1860 William Notman produced a commemorative maple box of photographs for Queen Victoria; legend has it she was so pleased that she named him “Photographer to the Queen,” a title which Notman strategically mounted above his Bleury Street studio. At a time when the artistic potential for the medium of photography was being tensely debated, Notman boldly advertised himself “Photographic Artist.” His studio produced photographs in almost every genre, from individual and group portraits to landscapes and industrial photographs, and he was generous in sharing his innovations, hoping to exert his influence on the wider field of practitioners. Sarah Parsons demonstrates that the scale and reach of William Notman’s photographic output are unparalleled in nineteenth-century Canada and his photographs remain a lively visual archive of Anglo-Canada’s early social and cultural history.

Sarah Parsons is an Associate Professor in Art History and Visual Culture at York University, where she specializes in the history of photography and modern and Canadian art. Parsons has edited two volumes of essays on photography and her own essays have appeared in several edited collections and in the journals History of Photography and Photography & Culture. Her current research and recent publications focus on the interconnected histories of privacy and photography. 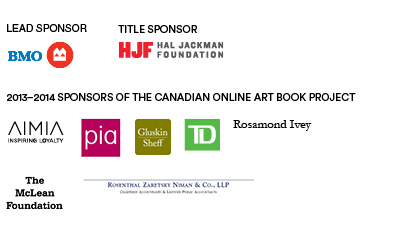 Is This Art Canadian? Sarah Parsons on William Notman