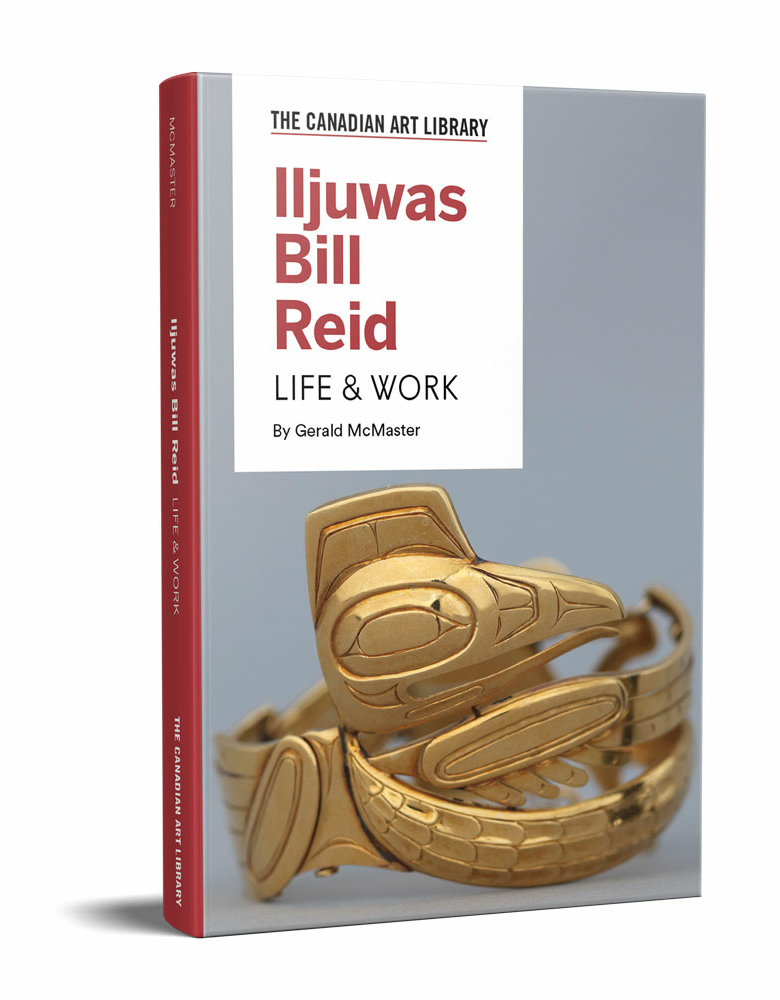 Few twentieth-century artists were catalysts for the reclamation of a culture, but Iljuwas Bill Reid (1920–1998) was among them. The first book on the artist by an Indigenous scholar details Reid’s incredible journey to becoming one of the most significant Northwest Coast artists of our time.

Born in British Columbia and denied his mother’s Haida heritage in his youth, Iljuwas Bill Reid lived the reality of colonialism yet tenaciously forged a creative practice that celebrated Haida ways of seeing and making. Over his fifty-year career, he created nearly a thousand original works and dozens of texts, and he is remembered as a passionate artist, community activist, mentor, and writer.

Reid was often said to embody the Raven, a trickster who transforms the world. He followed in the footsteps of his great-great-uncle, master Haida artist Daxhiigang (Charles Edenshaw), engaging with a culture whose practices were once banned by the Indian Act and producing symbols for a nation. His iconic large-scale works now occupy sites such as the Canadian Embassy in Washington, D.C., and the Museum of Anthropology at the University of British Columbia in Vancouver.

Reid’s legacy is a complex story of power, resilience, and strength. In Iljuwas Bill Reid: Life & Work, acclaimed scholar Gerald McMaster examines how the artist made a critical inquiry into his craft throughout his life, gaining a sense of identity, purpose, and impact.


Gerald McMaster, O.C., is one of Canada’s most revered and esteemed academics. A curator, artist, and author, he is currently professor and Tier 1 Canada Research Chair of Indigenous Visual Culture and Curatorial Practice at OCAD University, where he leads a team of researchers at the Wapatah: Centre for Indigenous Visual Knowledge. He is nêhiyaw (Plains Cree) and a citizen of the Siksika First Nation.