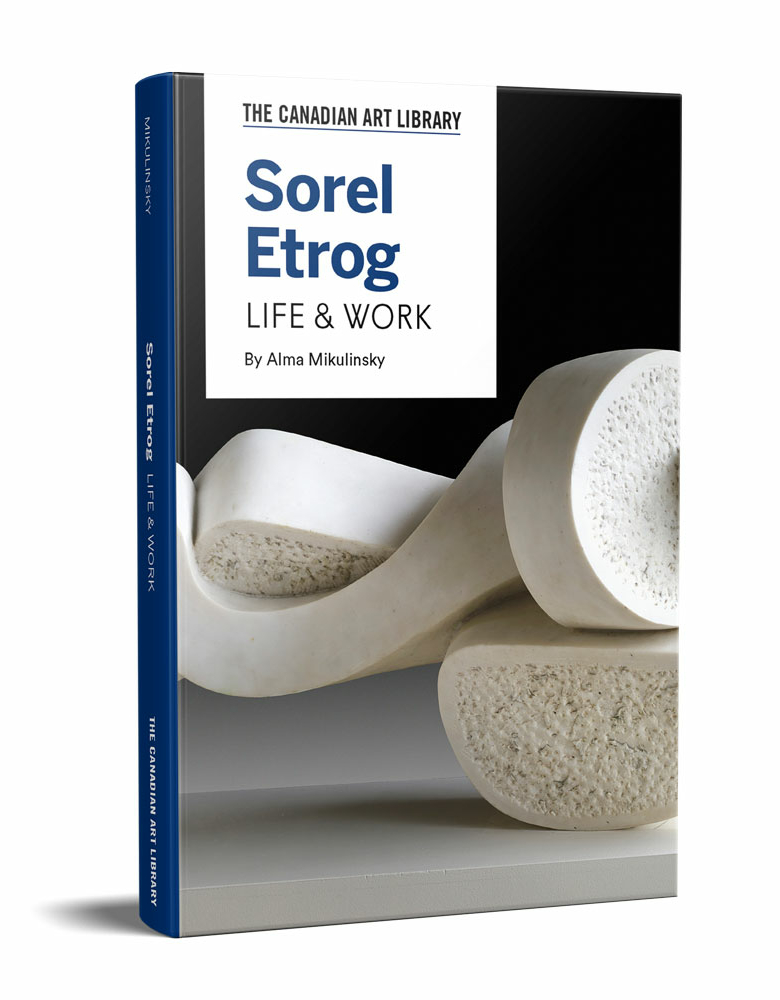 Romanian-born Israeli-Canadian artist, writer, and philosopher Sorel Etrog (1933–2014) is one of Canada’s most revered artists, famous for his contribution to twentieth-century modern and post-modern sculpture. His work, found in museums internationally, is celebrated for its clever and intelligent engagement with the world: one of constant questioning and playful criticism. His public sculptures are on view in the United States, Canada, South Korea, Israel, and much of Europe.

Born in Iasi, Etrog experienced first-hand the horror and aftermath of the Second World War, a subject that he would later reference in his art. During the postwar years, he immigrated to Israel, where he studied painting and sculpture at the Tel Aviv Art Institute. In his twenties, Etrog moved to New York to study and quickly established himself as an artist, catching the attention of the renowned collectors Samuel and Ayala Zacks, who became important patrons and influenced his decision to become a Canadian citizen.

At the height of his career Etrog had studios in New York City, Toronto, Florence, and Paris. Informed by his tumultuous childhood experiences and his immersion in philosophical writings that questioned the nature of existence in a nuclear world, his work explores aspects of the human condition and the interconnected forces that bind us together. Sorel Etrog: Life & Work celebrates the unique vision of this singular artist, from his early paintings that blended sculpture and image making to his monumental works in bronze that renewed artistic traditions.


Alma Mikulinsky is an art historian and independent curator specializing in twentieth century European art and contemporary international art. She obtained her PhD in Art History, Criticism and Conservation at the University of Toronto and has held a number of research fellowships, including University of Hong Kong’s Society of Scholars in the Humanities and at Ryerson University’s Modern Literature and Culture Research Centre. Her curatorial projects include the exhibition Picasso Ceramics at the University Museum and Art Gallery at Hong Kong University in 2014.