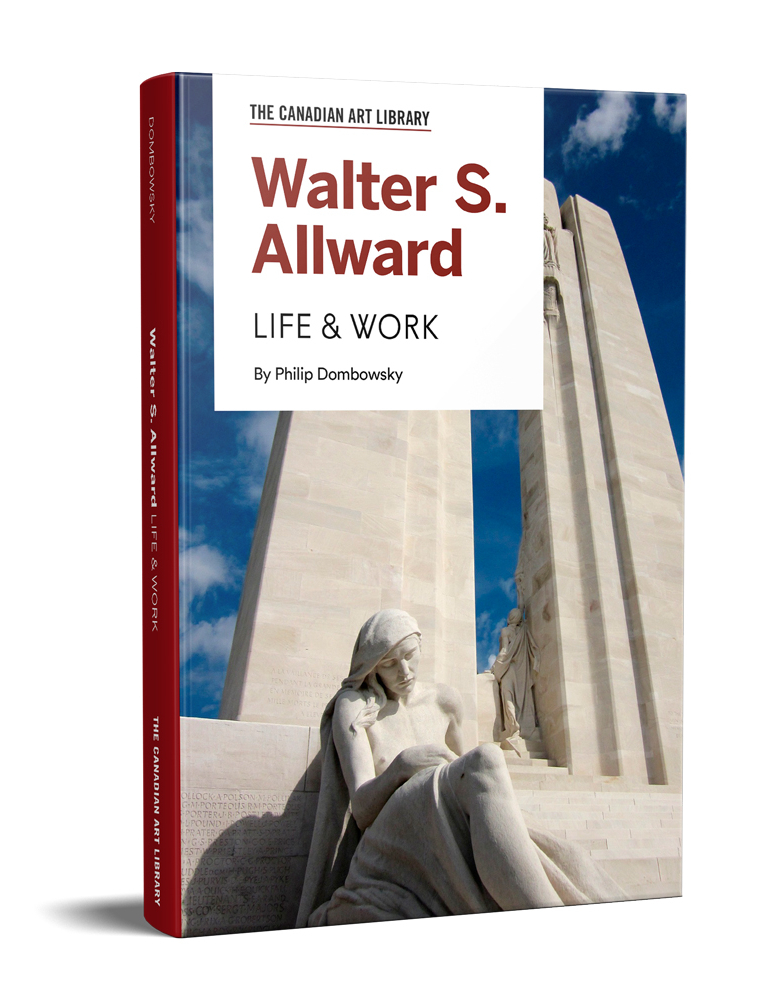 Visited by 800,000 people annually and pictured on our $20 bill, no national monument is more famed and majestic than the Canadian National Vimy Memorial created by Walter Seymour Allward (1874–1955). Allward is one of art history’s most talented figures, yet his name is far too little known: Walter S. Allward: Life & Work is the first significant critical study of this internationally revered sculptor.

Allward made 150 design sketches before winning the historic competition to create the Vimy Memorial. Charged with the epic task of documenting the deaths of 11,285 Canadians who were killed in France during the First World War but had no known graves, Allward spent two years searching for stone with the right colour, texture, and luminosity, before selecting 6,000 tonnes of Seget limestone. Built over fifteen years and unveiled before a crowd of 100,000 people in 1936, the Vimy Memorial secured Allward’s place as one of the world’s greatest sculptors.

Author Philip Dombowsky explains how Allward transformed modern sculpture to dramatic effect by combining expressive classical figures with modern compositions to create monuments redolent with themes of memory and redemption. Walter S. Allward: Life & Work chronicles the artist’s life from his formative years in Toronto working for the architectural firm Gibson and Simpson to his success as a leading sculptor. The book explores Allward’s early works, including the South African War Memorial in Toronto (1904–11), the Baldwin-Lafontaine Monument on Parliament Hill in Ottawa (1908–14), the Bell Memorial, commemorating Alexander Graham Bell’s invention of the telephone in Brantford (1909–17), and the Stratford War Memorial (1919–22), before discussing how the artist turned his talents toward the Vimy Memorial, an icon of Canadian sacrifice and a legacy for future generations.


Philip Dombowsky is an Archivist at the National Gallery of Canada. He holds an MA (Art History, Concordia) and a Master of Library and Information Studies (McGill). Dombowsky has curated numerous exhibitions for the NGC Library and Archives, most notably in the area of book design and illustration. He is the author of Index to the National Gallery of Canada’s Exhibition Catalogues and Checklists 1880–1930, which won the Melva J. Dwyer Award in 2008.